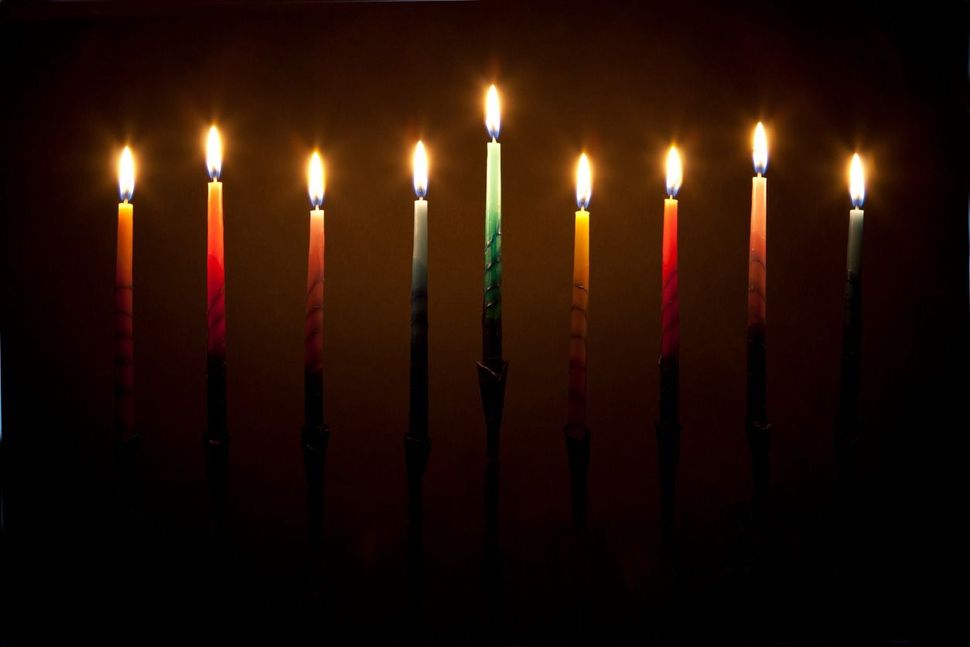 “I am not Jewish and it doesn’t feel authentic to celebrate a Jewish holiday religiously,” read a recent New York Times article titled “Saying Goodbye to Hanukkah.” Jewish Twitter took offense, half railing against the author’s interfaith background and the dangers of assimilation, and the other half upset that a woman who does not consider herself Jewish would be given a platform to opine on Jewish holiday practice.

What makes this article relevant is that it is the story of American Jewry and its assimilation. My children are 8th generation American and they and my sister’s children seem to be the only Jews left.

As the child of an interfaith marriage with plenty of ambivalent feelings on Hanukkah and a chaotic history of Jewish observance myself, I had a mixed reaction.

I am an active and engaged Jew now, so I obviously don’t look on my own background as a dangerous symptom of Jewish decline. But I empathize with much of what the author, Sarah Prager, described when she wrote about feeling out of place in Jewish settings.

I, too, memorized Hanukkah prayers phonetically, without a clue what they meant, and my Jewish grandparents also had a Christmas tree. I liked Hanukkah because I liked feeling unique among my classmates, and the incantation over the candles felt magical — exactly because I had no idea what I was saying.

But I don’t think it’s an invalid choice to leave behind a practice that doesn’t resonate, or to prefer Christmas.

If Prager had framed her reasons for leaving Hanukkah in the past as a simple question of choosing which set of traditions resonated, or of not feeling Jewish and thus leaving Jewish traditions behind, I would understand and respect her decision (though I still would not find it particularly newsworthy). But instead, she framed her choice as part of her “tradition of bucking tradition.” She decried Hanukkah as too religious. And none of that makes sense.

For starters, Prager wrote about not wanting to force tradition for the sake of tradition, yet she continues to celebrate Christmas and Easter because her extended family does — in other words, because it’s tradition.

And then there’s the long history of secular Jewish practice. There is no inherent reason Hanukkah can’t be just as secular as Americanized Christmas is; it, too, has a decorative symbolic object, good food and cozy family gathering.

But what really grated at me in the essay was the basic idea that Hanukkah — and, by implication, Judaism as a whole — is too rigid and religious, not something that can be adapted to different interpretations or practices.

Not only is there a long and proud history of secular Jewish practice, but Judaism’s very adaptability is what has made it a practice and identity that I have embraced as a similarly rebellious young adult. Judaism’s tradition of argumentation and interpretation is exactly what makes it work for me; Jewish tradition is to buck tradition.

The story of Hanukkah is, in fact, about exactly all these ideas of rigidity and adaptation. The Maccabees, Hanukkah’s heroes, were zealots who fought Hellenized Jews (who would be called assimilated in today’s paradigm). Hanukkah commemorates the Maccabees’ win in this divisive civil war within Judaism, one that uncomfortably parallels internal Jewish rifts today. It’s a holiday that glorifies the type of unyielding practice that Prager and I both grate against — and yet, it’s also a great way to continue in the strong Jewish tradition of bucking tradition.

Hanukkah itself is, after all, a holiday that is not even in the Torah; it was, instead, made by humans to fit values they wished to convey. It is, despite itself, part of the tradition of the flexibility and evolution of Jewish practice; the very fact that it has become a holiday of gifts by virtue of its proximity to Christmas shows its adaptability to the desires and needs of American Jews. 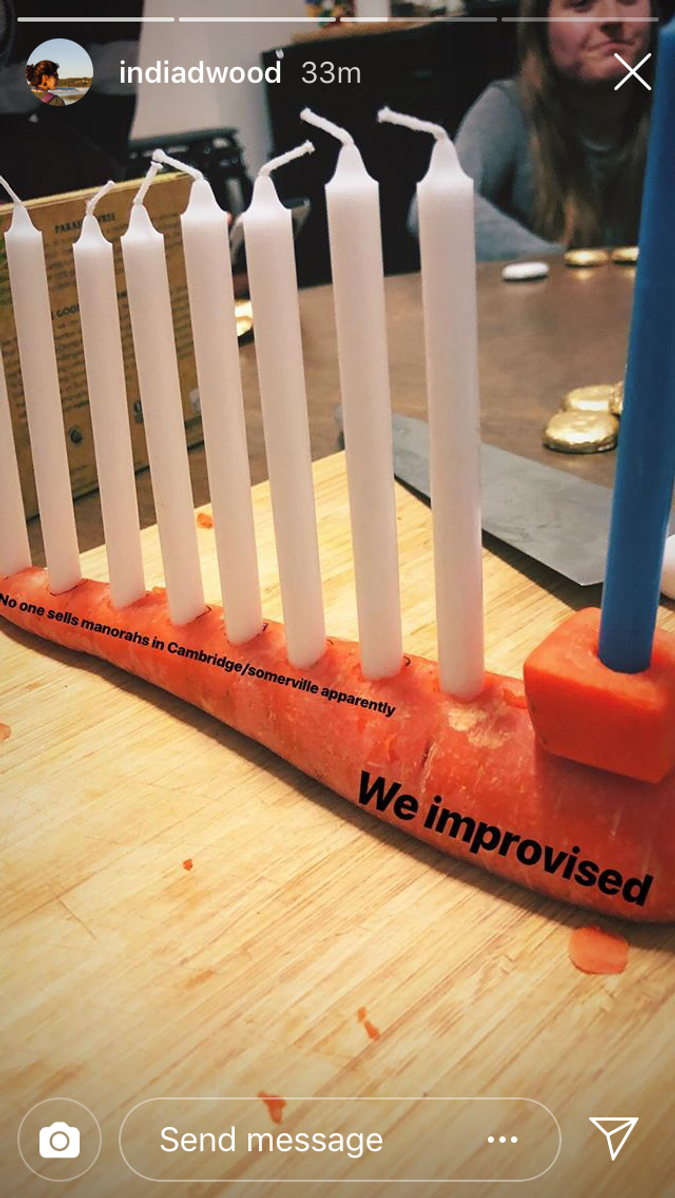 The carrot menorah in question on a friend’s instagram page. Image by India Wood

Jewish practice has survived diaspora and persecution through adaptability, not rigidity; in other words, the Maccabees may have won that battle, but not the war.

That’s what Hannukah is all about — adapting, like the time we even carved a large carrot into a hanukkiah. So though this year might not be the easiest one to find a menorah, I’m sure I’ll find a way; if my whittling skills aren’t up to the task, I’ll say the blessings over a haphazard collection of tea lights. Then, I’ll make latkes for my non-Jewish roommates, with either sour cream or applesauce — they, too, can adapt the tradition — and I will consider myself to have celebrated fully, Maccabees and The New York Times be damned.

Mira Fox is an editorial fellow at the Forward. You can reach her at fox@forward.com or find her on Twitter @miraefox.