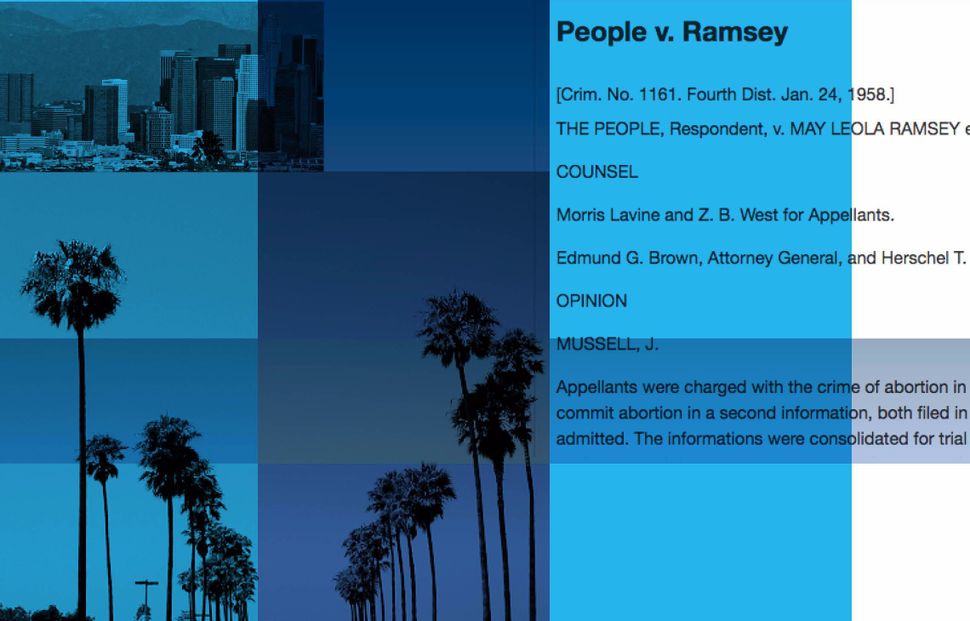 I had an illegal abortion in 1964, and I have hardly mentioned it in the last 52 years. I might have mentioned it to my former husband. I know for sure my four adult children didn’t know because I told them one by one on the day I decided to write this piece, and asked each if my writing about it would embarrass them. They were a little shocked. Each said, “I had no idea. Why didn’t you ever mention it before?” They (so far) have had no other questions, including the most obvious one, and they all said they were okay with my now exposing this experience.

I was a sophomore at the University of Southern California. My boyfriend was a junior, and I had no intention whatever of marrying him.

I remember during the drama of this pregnancy, he had two personal tragedies going on. “First my cat and now my mother,” he said, giving their recent deaths equal weight. He came up with half of the $600 abortion price without any fuss. I don’t remember how I came up with my half — my allowance at the time (from my parents) was $5 per week. It’s an odd twist that he was Jewish — it was 20 years before I married a Jew and 30 years before I converted [to Judaism].

I also don’t remember how I found the name of the abortionist. That is quite a detail to forget. I do recall that a college friend whose father was a major law enforcement official in Los Angeles (he later became chief of police) drove me to a parking lot, where we were met by a young man who drove us to the site — a single-family home in Torrance. I had no appreciation for the medical or legal risks I was taking. I was only a little scared. When I had cataract surgery at Manhattan Eye and Ear 10 years ago, I was much more scared than I had been about this abortion. Maybe it was the optimism of youth.

There are a few details I do remember. I remember climbing up on a kitchen table. I remember being draped. I remember it was quick. I had a little cramping and I was fine.

And I remember the name of the woman who gave me the abortion — and that is the phrase I have always used, “gave me the abortion,” as if it were a gift — was Mrs. Ramsey. I somehow got the idea she was a disbarred doctor, but I am not sure if that was my own hopeful imagination at work. In a shocking coincidence, several years after my abortion, I overheard my mother and her sisters talking about an abortion my aunt Helen had had many years earlier. They mentioned the name of the abortionist: “Ma Ramsey.” I never let on that I had overheard this conversation.

I Googled Mrs. Ramsey’s name (having never done so before) in preparation for writing this piece, and I found this: The Court of Appeals in California in 1958 upheld the conviction of May Ramsey, alias “Mah Ramsey,” for an abortion she performed in Orange County in 1956. She had gone to prison 10 years earlier also for performing an abortion. The 1958 court opinion described exactly what I experienced: The woman who was getting the abortion was met in a parking lot by a younger man (turns out it was Mrs. Ramsey’s son), taken to a modest private home, laid on a table and subjected to a quick and safe abortion. However, in the court case (and not in mine), the police had been peering through the window.

In upholding Mah Ramsey’s conviction, the court describes details that I had long forgotten: Mrs. Ramsey was a woman in her mid-50s, hair in a switch on top of her head, spoke with a slight Southern drawl. There is no mention of her having been a doctor. The police saw through a window “a table with a woman lying on it, ‘her legs…her feet’ were in stirrups, and May Ramsey was sitting at the end of the table and between the legs of the woman. There was a quantity of surgical equipment in the room, a chair near the end of the table with a white dishpan containing several instruments, a card table with syringes and ’other medication’ on it, a spotlight or floodlight, an electric suction pump and hypodermic tubes and needles. The woman on the table had an aluminum instrument with a black rubber face mask tied to her wrists.”

That could have been me.

Her conviction was upheld despite challenges that the raid had been illegal. I don’t know if she served more time, but whatever happened to her, even this second conviction didn’t stop her — my abortion was a mere six years later. None of these legal opinions mentions that any harm came to any woman. Seems the others, like me, had a safe and uneventful experience.

I didn’t know then and maybe I never will know whether she was a political activist or this was just a way to make a living. At the time, I had no appreciation for her bravery, nor for what a public service she was performing. She conforms to the trope of the noble abortion doctor, and I hope it went well for her. Had it not been for her, things would not have gone so well for me.