When American Jewish Institutions Praise Trump, They Betray Us 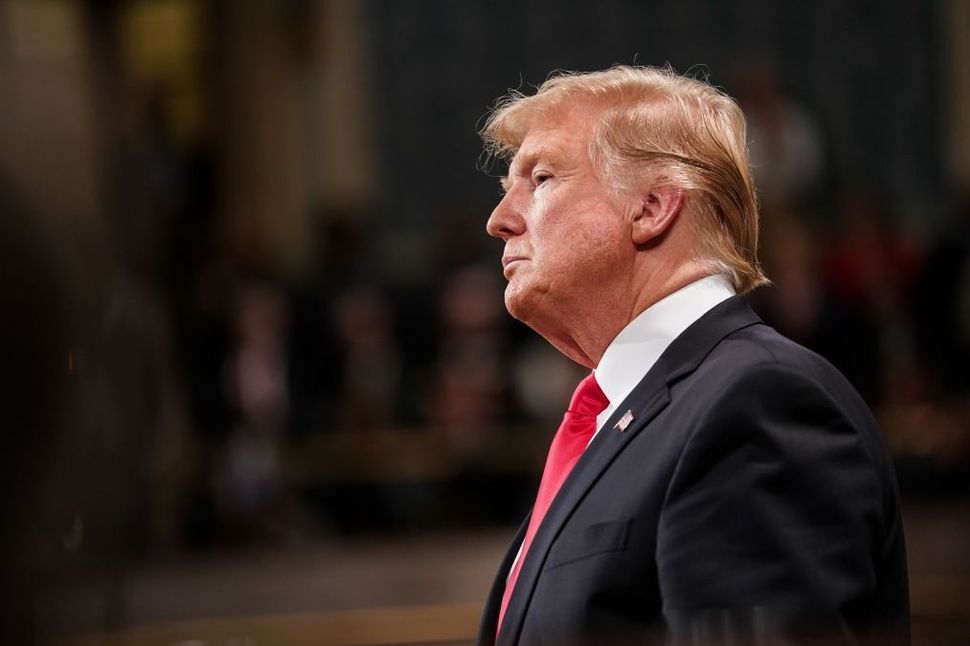 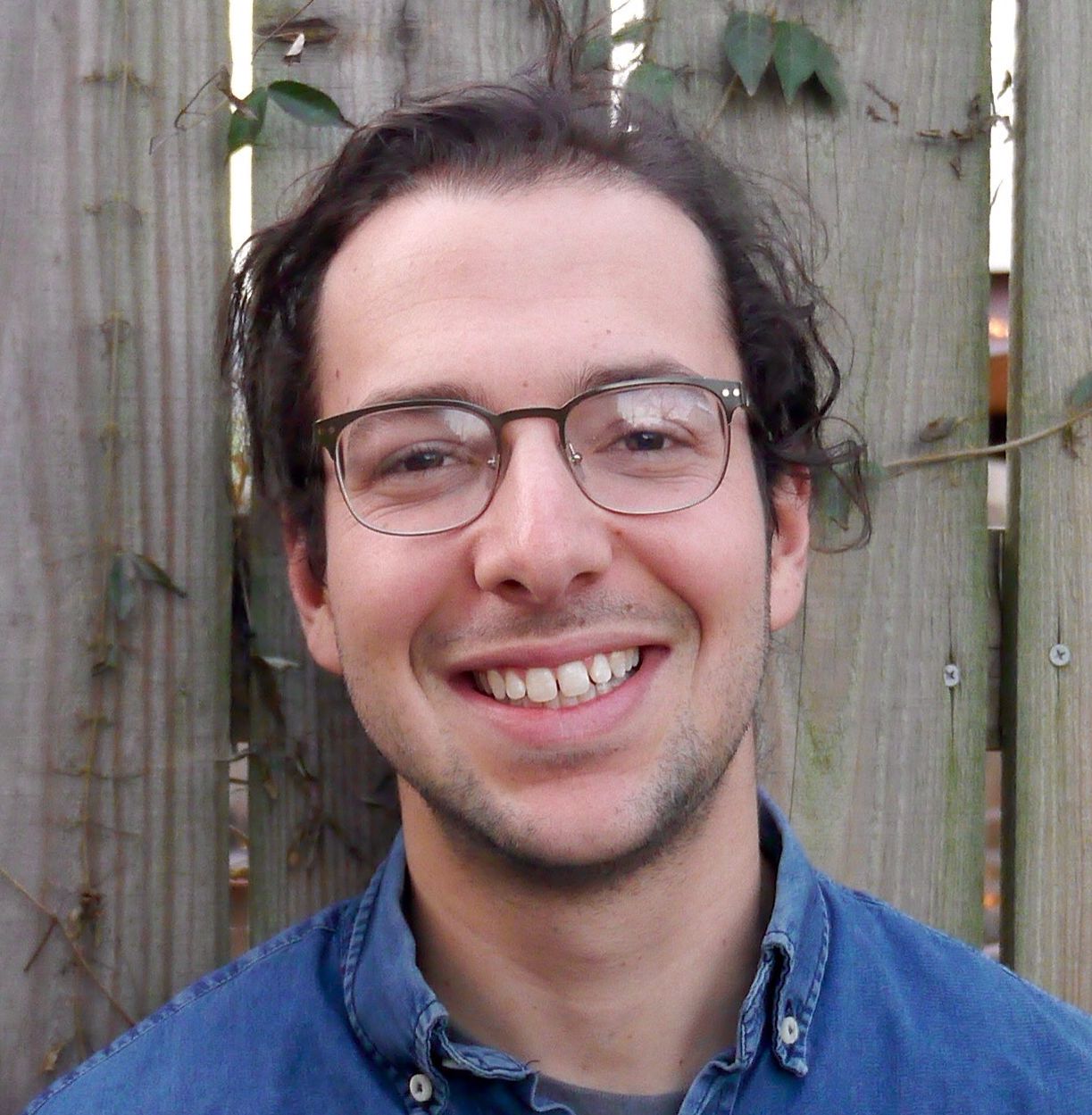 On Tuesday night, President Trump addressed the nation in a speech that used Jews as cover for bigotry.

After a speech filled with hate-mongering against immigrants and abortion, Trump led a rendition of “Happy Birthday” to the Holocaust and Pittsburgh shooting survivor Judah Samet, one of two Holocaust survivors in attendance.

“We must never ignore the vile poison of anti-Semitism, or those who spread its venomous creed,” Trump proclaimed.

Like Samet, my own grandfather survived the horrors of Nazi Germany and immigrated to the U.S. after liberation. And yet, instead of feeling pride and satisfaction in seeing survivors celebrated in our nation’s highest addresses, I felt a creeping nausea and sense of doom build throughout.

I couldn’t believe I was seeing Trump parade Jews around in order to mask his ugly bigotry and xenophobic agenda, lifting up Jewish faces between calls for border walls, belligerence against foreign countries and increased policing brown people.

It was both offensive and terrifying watching the President pandering to Jews while placing us in the nation’s crosshairs.

We’ve been here before, I thought.

But not everyone agreed. Almost as offensive as Trump’s speech was the response from Jewish leaders. Anti-Defamation League CEO Jonathan Greenblatt congratulated Trump on what he saw as a clear condemnation of anti-Semitism. “Good to see @POTUS speak out clearly against #antiSemitism, remembering its victims and honoring survivors from the Holocaust to Pittsburgh,” he tweeted.

Good to see @POTUS speak out clearly against #antiSemitism, remembering its victims and honoring survivors from the Holocaust to Pittsburgh. #SOTU2019

And the American Jewish Committee tweeted gratitude for Trump’s “strong condemnation of anti-Semitism and commitment to protecting the Jewish people and the State of Israel.”

On #SOTU: Thank you @POTUS for your strong condemnation of anti-Semitism and commitment to protecting the Jewish people and the State of Israel.

How could they be lauding this speech? How could they praise Trump’s so-called commitment to fighting anti-Semitism while ignoring the fact that he called neo-Nazis chanting “Jews will not replace us” while marching in Charlottesville “very fine people”?

How could they praise him given that the Pittsburgh shooter targeted the Tree of Life Synagogue for its members’ commitment to aiding refugees, at a time when Trump was scapegoating Soros for doing the same?

Anyone who cares about Jews should have been sickened as Trump brandished this massacre of Jews in the same speech where he doubled-down on the very xenophobia that in part caused it. Not once but twice throughout the speech, Trump used Jewish trauma to reinforce calls for increased “security” and distract from his true agenda.

My family learned from the Holocaust the dangers of power unchecked, a wariness of xenophobic scapegoating of entire peoples, and the need for solidarity between oppressed groups. But Trump learned just the opposite, romanticizing “security” through demonizing the other as well as military might.

Even as progressive leaders like Senator Bernie Sanders and Congresswoman Alexandria Ocasio Cortez gave Trump the side-eye of the century throughout his speech, the out of touch leaders of the American Jewish establishment took the bait. Instead of condemning the instrumentalization of Jewish tragedy to whitewash bigotry, the leaders of the American Jewish establishment applauded Trump.

Mr. Greenblatt: What does it mean to honor survivors of the Holocaust like my grandfather? It certainly cannot mean celebrating the man who continues detaining refugee children in camps, who thinks the neo-Nazis chanting “Jews will not replace us” in Charlottesville are “very fine people,” and who relies on the same Jewish tropes promoted by Joseph Goebells, vilifying “globalist” Jews like George Soros to rally his white nationalist base.

The ADL’s current vision to “Imagine a World Without Hate” is impossible to take seriously when their CEO is unable to distinguish between real attempts to combat anti-Semitism with Trump’s obvious political ploys to masque his hateful policies.

Trump’s condemnation of anti-Semitism is as believable as Republican politicians’ thoughts and prayers after mass shootings. His refusal to stop the rising white nationalist movement, which his rhetoric has emboldened, has led to a dramatic rise in anti-Semitism culminating in the pogrom in Pittsburgh.

And when the AJC thanks Trump for protecting the State of Israel, what they mean is protecting the policies of the extremist right-wing government which works everyday to undermine Israel’s democracy and entrench the occupation of millions of Palestinians. The AJC was likely talking about Trump’s reference to moving the American Embassy to Jerusalem, an inflammatory move that signaled approval for Israel’s annexation of East Jerusalem and led to protests at the Gaza fence in which the Israeli military killed 55 Palestinians in one day.

The tweets on Tuesday night were just a microcosm to how the American Jewish establishment has been acting for years, putting support for Israel over all else and ignoring the desires of the mainstream community. This dynamic has only accelerated with a Trump Administration that has forged an alliance with Israeli Prime Minister Benjamin Netanyahu and his allies in Israel.

So what are we to do when the American Jewish Establishment applauds our white nationalist, anti-Semitic president?

We, the 71% of the Jewish community that voted against Trump’s vile form of politics, must be louder than our out of touch leadership.

Jewish freedom must not come at the expense of the freedom of others. We must soundly reject Trump and the right’s cynical exploitation of Jewish tragedy, and condemn the Jewish establishment’s inability—or perhaps unwillingness—to call it out.

Instead of supporting the freshman class of Congresswomen like AOC, Ilhan Omar, and Rashida Tlaib who are increasingly adopting a message of solidarity between all oppressed people (including Jews), the leaders of the American Jewish Establishment are hard at work tearing them down. Organizations like the ADL and AJC are driving a wedge between Jews and emerging progressive leadership, making enemies of our community’s most important potential allies in the nation’s highest offices.

Tuesday night solidified that now more than ever, the Jewish community must take the reigns from those who claim to be our leaders and drive our people away from Trump’s timeless anti-Semitic trap. Real leadership is the ability to challenge power and reject the demand that we buy “safety” through silence.

Elias Newman is an educator and musician from San Diego, CA. His interests include youth education on Israel/Palestine, immigration issues, and dairy-free ice cream. He is a member of IfNotNow in New Orleans.

Elias Newman is an educator and musician from San Diego, CA. His interests include youth education on Israel/Palestine, immigration issues, and dairy-free ice cream.

When American Jewish Institutions Praise Trump, They Betray Us