Anne Frank is being called a ‘Becky’. But here’s what that tweet got right 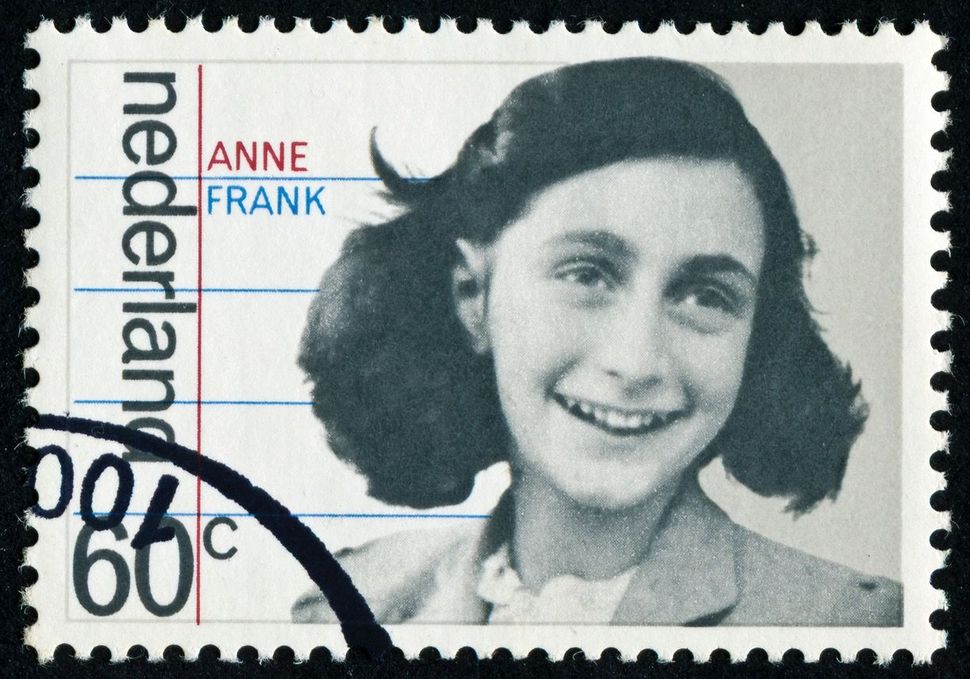 Last week, a tweet about Anne Frank — the beloved memoirist of “The Diary of Anne Frank” through which most American children learn about the Holocaust — went viral. The tweet referred to Anne Frank as a “Becky” and lamented the lack of education in America about genocides besides the Holocaust. A “Becky” is a term with roots in African American Vernacular English that’s shorthand for a woman, generally white, who is not politically conscious, holds unexamined racist views, and has very generic materialist interests. 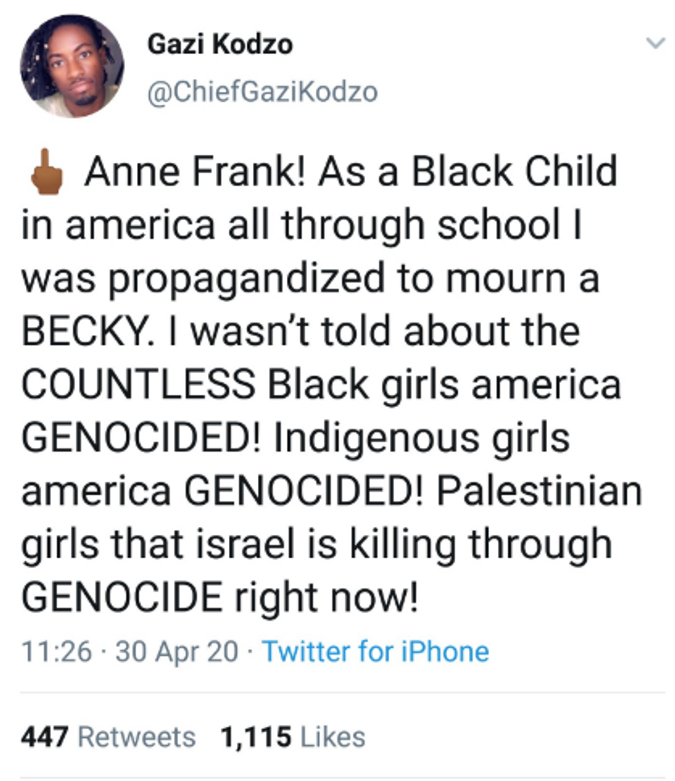 “Anne Frank! As a Black Child in america all through school I was propagandized to mourn a BECKY,” read the now-deleted tweet. “I wasn’t told about the COUNTLESS Black…and Indigenous girls america GENOCIDED! Palestinian girls that israel is killing through GENOCIDE right now!”

The tweet was bemoaning the fact that its author was expected to sympathize with a white victim of genocide, as opposed to other, more worthy victims. It went viral before it was deleted and the account that posted it was suspended, mostly due to people sharing it with derision and mockery, though some also defended the tweet on the grounds that “the Shoah is given more historical weight than other genocides” because Ashkenazi Jews are white.

There is, of course, a valid critique to make, and many do, of which stories American society promotes in popular memory and which it fails to. The Holocaust, unique in our America-centric culture, teaches of a massive historical event outside of America as a story of victims (Jews) and their oppressors (Nazis) in a manner that doesn’t indict American politics or culture. Teaching and popularizing the stories of victims whose experiences occurred on American soil and that of their oppressors produces far more pushback.

Nevertheless, the half-thought out critique of Holocaust memory centered on the racial status of American Jews misses the mark. The lessons of the Holocaust are not important simply because they matter to Jews or because of the social acceptance Jews have achieved in American society. They are important because these lessons, in conjunction with teaching the racism of America’s history and present, are necessary to secure an inclusive multi-racial democracy and immunize those who are susceptible to white nationalism.

And for this reason, the tweet did touch on something about Anne Frank in particular that works to obscure, rather than clarify, this message.

As my professor of political theory and Nazism put it somewhat outrageously, “Anne Frank’s diary is a piece of shit.” They were the first words out of his mouth, and upon hearing them, I was shocked and furious. What did I just sign up for? Is a Nazi-sympathizer teaching this course? While everything turned red for me, my more brave peers spoke out. 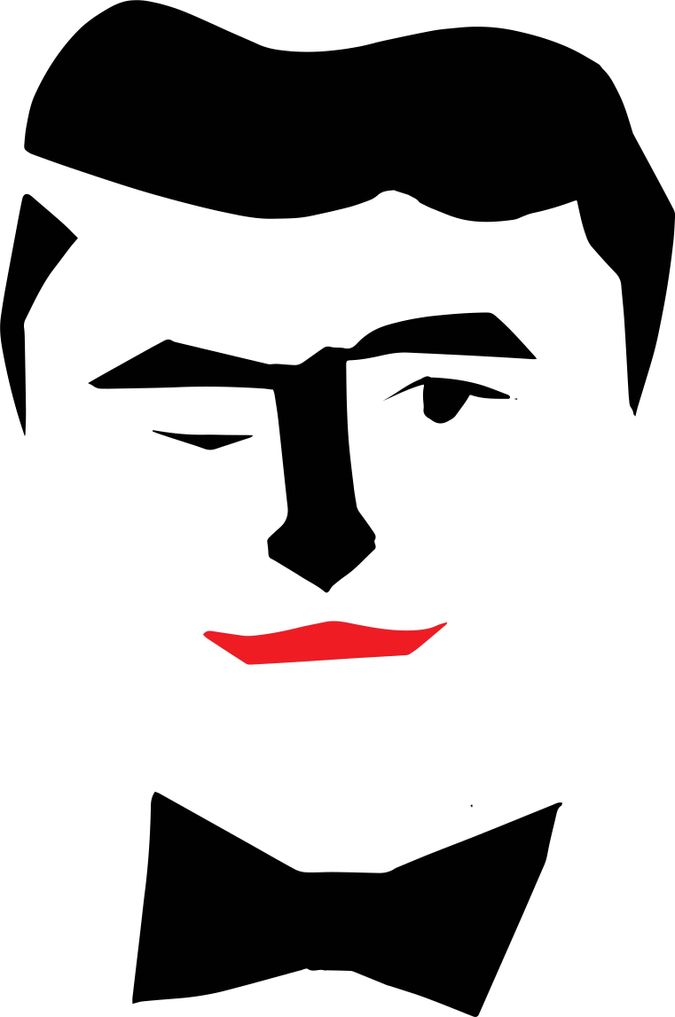 “How could you say that? Anne Frank humanized the Holocaust. We all learned about it through her eyes in high school.”

“Ah, and what did you learn about the Holocaust from your reading?” the professor wryly inquired.

And with that, the course began.

What the professor meant by this line of inquiry was that if your Holocaust education begins and ends with Anne Frank’s diary, you learn little about why an advanced industrial society devoted such tremendous resources to exterminating an entire people. You will not learn from a murdered young girl’s diary the ideology behind why the Nazis believed genocide was not only right but necessary, how they came to power, and why so many were complicit in their crimes against humanity.

This is because after reading Anne Frank’s diary, a reasonable observer will walk away identifying with Anne Frank, one singular Jew. Content with identifying with Anne, the reader is not forced to ask themselves what they have in common with her murderers and their enablers, or what the purpose of learning about the Holocaust is.

And when your only Holocaust education is “The Diary of Anne Frank,” one should not be surprised when the young, earnest, and politically American-centric reach misguided conclusions about the Holocaust.

They will not have learned that at the core of Nazi ideology is a belief that race is innate and necessarily produces conflict. The Aryan must struggle against the Jew, whom the Nazi believes always seeks to connive and oppress the Aryan. Nazis rejected the idea that Jews were human beings with their own hopes, hypocrisies, dreams, and failings.

For Nazis, Jews were an existential threat and could never be anything else. This is what led to Hitler’s rise and the end of Germany’s fledgling democracy. This is what brought ruin to an entire continent, and war to an entire planet.

The Nazis on their own were cranks who ranted about race struggle. But they rose to power on real grievances of a society that already believed that Jews were different, less-than, and inherently suspicious. They secured their power with the help of Germany’s elite. They were able to carry out the Holocaust to its fullest extent with the help of collaborators.

Understanding how the Nazis rose to power and committed their crimes with the help of many is central to understanding that their ideas are a threat to achieving a multi-racial democracy today.

Understanding the legacy of the Holocaust means understanding that Anne Frank’s story is as tribal as it is universal. She was not murdered as a paragon of goodness, but simply because she was a Jew. Properly understood, learning about the Holocaust is not just for the oppressed to know, but for those in a position to oppress. Your responsibility is not simply to sympathize with the underdog, but to actively resist those who would deny the humanity of others.

Ironically, “The Diary of Anne Frank” is a necessary but on its own insufficient requirement of that education.

Anne Frank is being called a ‘Becky’. But here’s what that tweet got right