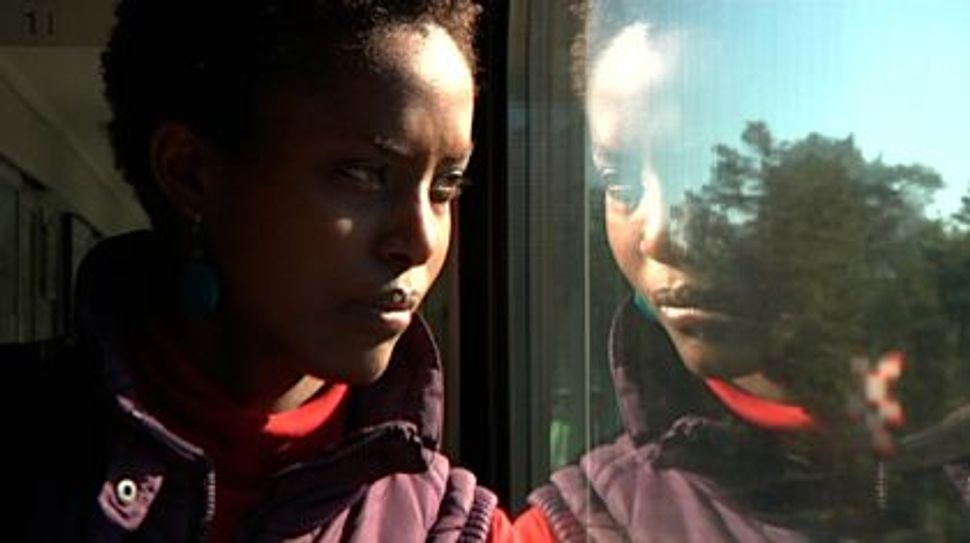 The alternately heartwarming and heart wrenching documentary “The Rescuers,” about heroic non-Jews who saved Jews during the Holocaust, focuses on the role diplomats did — and can — play in saving victims of genocide. The film, screening October 27 at the Museum of Tolerance in New York and October 30 at Yeshiva University, is reminiscent of made-for-TV films such as “Wallenberg: A Hero’s Story” (1985) and “Varian’s War” (2001). But “The Rescuers” differs from its predecessors in its comprehensive look at how a few civil servants thwarted genocide and became righteous saviors of the innocent.

The documentary is also different from other films in that it ties Holocaust history to contemporary genocides. Co-host Stephanie Nyombayire, much of whose family was murdered during the Rwandan genocide, is joined by Sir Martin Gilbert, in many ways her polar opposite. Yet the Jewish, white haired author of 80 books shares something with his African counterpart: During the Battle of Britain he was among the children evacuated to Canada, and he went on to write definitive histories of the Final Solution.

King follows Nyombayire and Gilbert as they talk to survivors, their descendants, and embassy and museum officials who reveal the hidden history of bold diplomats and the people they saved. Among the most inspiring vignettes is an interview with the son of Selahattin Ulkumen, the Muslim Turkish consul to Rhodes during Germany’s occupation of Greece, who provided documents that saved many Jews.

Another diplomat, Hiram Bingham IV, who was U.S. vice consul in Marseilles and who gave Jewish refugees in Vichy France visas to enter neutral Spain, was motivated by the same Christian zeal that had sent his ancestor to join the first missionaries in Hawaii. Bingham IV was aided by Varian Fry of the Emergency Rescue Committee, and among the thousands of people they helped save were artists and intellectuals including Marc Chagall, Max Ernst, Heinrich Mann, Franz Werfel, Alma Mahler, André Breton, Victor Serge, André Masson, Lion Feuchtwanger, Marcel Duchamp, Max Ophuls and Hannah Arendt.

The Swiss and Swedes may be known for their neutrality, but two brave diplomats from these countries did take sides. Switzerland’s vice consul in Budapest, Carl Lutz, rescued tens of thousands of Jews with protective papers. The Swedish government’s first secretary in Budapest, Raoul Wallenberg, took part in a rare joint diplomatic action to save 120,000 Jews from Hungary’s homegrown fascist party, the Arrow Cross. Budapest’s Catholic Bishop, Angelo Rotta, coordinated with other European diplomats to provide protective documents for a complete neighborhood in Hungary’s capital, safeguarding 25,000 Jews.

At times the film’s gallivanting co-hosts are overwhelmed by what they see. Despite the superhuman efforts of Lutz, Wallenberg and Rotta, not every Jew in Budapest was saved. Gilbert breaks down after viewing “Shoes on the Danube Bank,” cast iron statues of footwear commemorating the Jews ordered to undress on the river’s promenade before being shot by Arrow Cross militiamen. Similarly, during a sequence shot in Rwanda, Nyombayire weeps while pondering the fate of her Tutsi family in 1994, while the world stood by and watched.

Many of these tales have remained untold because, as King said, “there was no cachet in saving Jews.” Indeed, many of those diplomats who aided the persecuted suffered for their acts. Japanese Imperial Consul to Lithuania Chiune Sugihara — who provided transit visas via Japan for thousands of Polish Jews — ended his days as a porter in postwar Japan.

As “The Rescuers” looks at what caused an intrepid handful to save many from the Third Reich’s clutches, it plumbs the mystery of human goodness. Why did most diplomats who had the power to help turn a blind eye, while a selfless few acted against their personal interests to be saviors? Nyombayire said during an October 18 post-screening Q&A in Los Angeles: “From Tunisia to Occupy Wall Street, it takes one person to make a difference. How do you put individual interests in line with common interests?”

Watch the trailer for ‘The Rescuers’: