2016, As Told Through Yiddish Curses 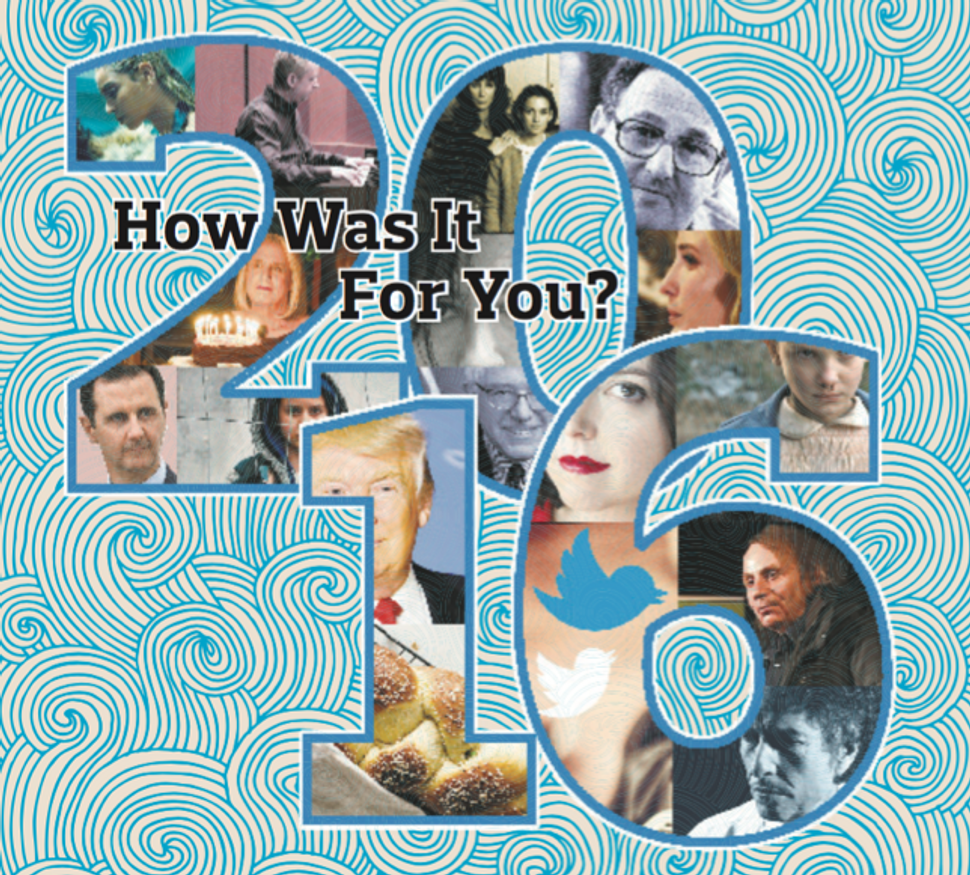 In a previous article I explained how people misuse Yiddish and Yiddish curses in American English. Though written to accurately reflect the correct form of Yiddish curses, the following are not meant in any way to poke fun of or make light of the sad events and tragedies of the past twelve months. Rather they are written in the spirit of pointing out the absurdity of so many such occurrences befalling us in a single year. Although I’m no Sholem Aleichem, these are very much written in the spirit of his work, which was often simultaneously bitterly tragic and hilarious. As he put it best, good comedy is there to help people laugh through their tears.

Here are some of the horrid events of 2016 retold as Yiddish-style curses.

1) May the proposed Israeli ambassador be so extreme that even the Anti-Defamation League calls foul.

2) May your favorite singer come out with a beautiful new album and your favorite actress with a wonderfully written tell-all memoir and may they both die shortly thereafter.

3) May your preferred candidate for president lose the primary to someone eminently qualified who should then herself lose to someone you fear will bring about the apocalypse.

4) May you live in a country where admitting to sexually assaulting women doesn’t prevent you from becoming president.

5) May you try to relieve your suffering from thinking about said president elect by eating a corned-beef sandwich at your favorite Deli just to learn that it has closed.

6) May you live in such a tumultuous year that Britain leaving the EU seems like an “also ran” in the competition for most questionable electoral decision by a voting public.

7) May the classy Jewish gymnast’s performance be completely overshadowed by some jerk lying about being robbed at gunpoint.

8) May that same idiot then confuse Yom Kippur with Canadian Thanksgiving.

9) May Bob Dylan win the Nobel Prize for literature and not even have the decency to bother showing up.

10) In that same year may the two greatest Nobel Prize winning witnesses to the Holocaust both pass away.

11) Besides Elie Wiesel and Imre Kertesz may your people also have to suffer the losses of Shimon Peres, Gene Wilder, Henry Heimlich, Fyvush Finkel and Doris Roberts.

12) May the news of Abe Vigoda’s death really be true.

13) May the government poison your city’s water supply and then refuse to fix it.

Jordan Kutzik is the staff writer and social media coordinator for the Yiddish Forward. Follow him on Twitter @thrownpeas

2016, As Told Through Yiddish Curses