And for better or for worse, neither are these actors, entrepreneurs, and athletes — even the infuriatingly named former MLB pitcher J.J. Putz.

Whether it’s the Ashkenaz-ish last name or just anti-Semitism, these luminaries are often mislabeled as chosen. Let’s set the record straight. 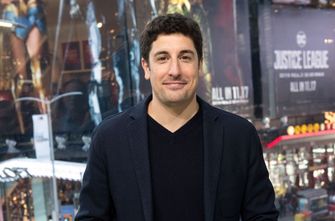 Jason Biggs grew up in New Jersey, starred as Jim Levenstein in “American Pie” and rocks a certain aesthetic that screams, “I still remember my haftarah portion.” But he’s a Roman Catholic, and that’s that. He told Haaretz that he’s been playing Jews “almost exclusively” since childhood, and that he “loves” being mistaken for a Jew. 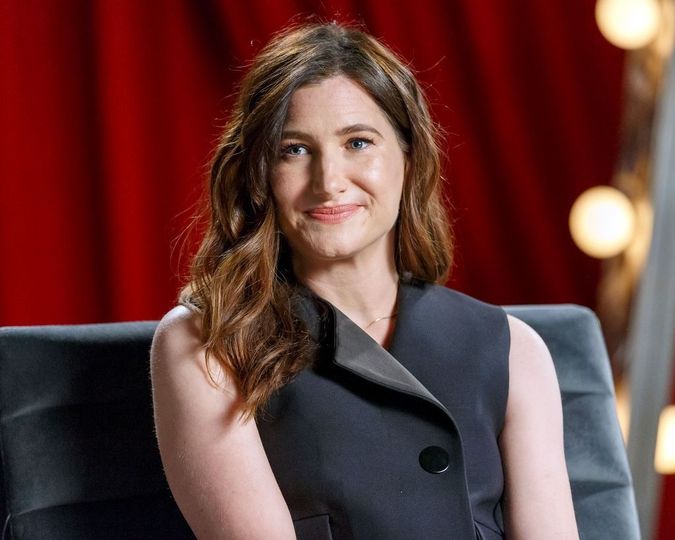 Every Jew with an Amazon Prime account has fallen for Rabbi Raquel, the moral heart of the hit drama “Transparent.” But Hahn grew up in Westchester, Illinois, not Westchester County. And she was raised, alas, Catholic. 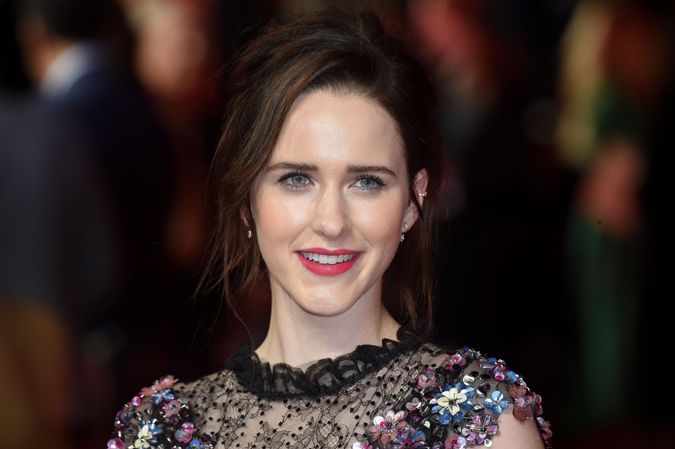 Rachel Brosnahan, who plays Miriam Maisel on Amazon’s “The Marvelous Mrs. Maisel” is the very picture of a spunky Jewish housewife-turned-comedienne in the 50’s-era Upper West Side. The only fly in the cold cream is that she is not the least bit Jewish. 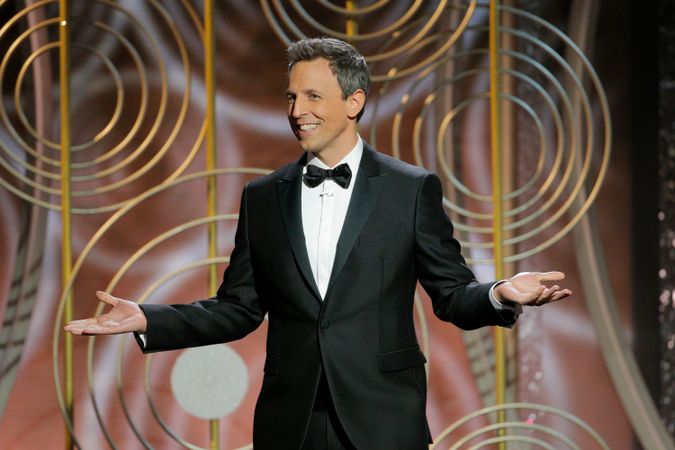 The idea that some people “look Jewish” is automatically exclusionary and arguably offensive. But — forgive us — SNL-alum and late night host Seth Meyers looks so Jewish! His name is Jewish! His comedy is Jewish! His wife is Jewish! He named his child after a Holocaust survivor. Seth Meyers, however, is not Jewish. He has a single Jewish grandparent, but has never practiced Judaism or identified as a Jew.

“Every single Jewish person thinks that I’m Jewish,” Meyers has said. “And they come to that conclusion because of my face, and my name and everything about me. You can’t blame them for that.” 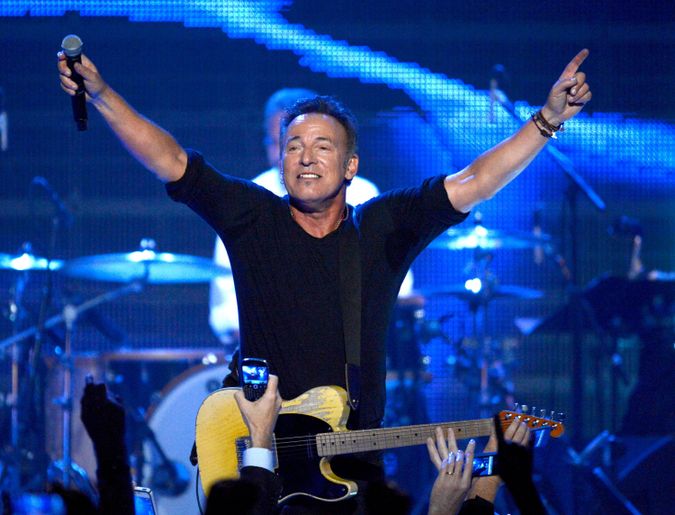 Neo-Nazi chat boards have made it abundantly clear that the Boss is not a Jew. Sadly, they are correct. 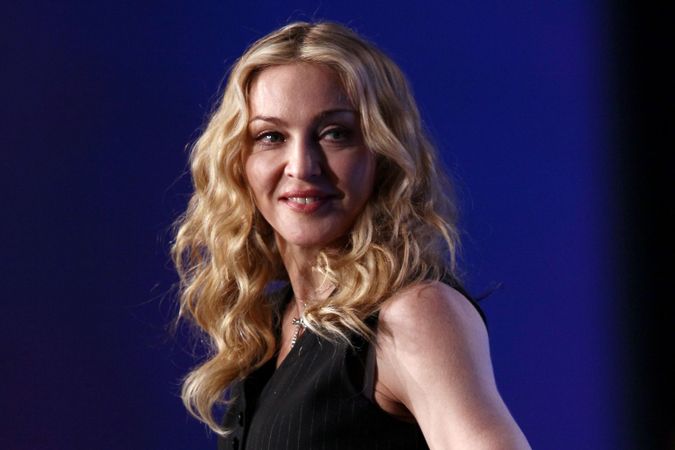 Madonna became deeply (shallowly?) interested in Kabbalah, Jewish mysticism, starting in the 1990’s, but despite giving her son a bar mitzvah and celebrating Jewish holidays from Purim to Tisha B’av, she never converted to Judaism and does not identify as a Jew. She is, after all, christened “Madonna.” 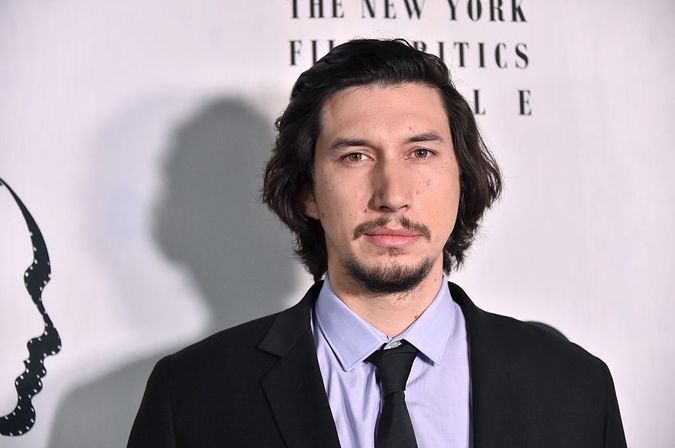 People you think are Jewish because of their brown hair and last names: 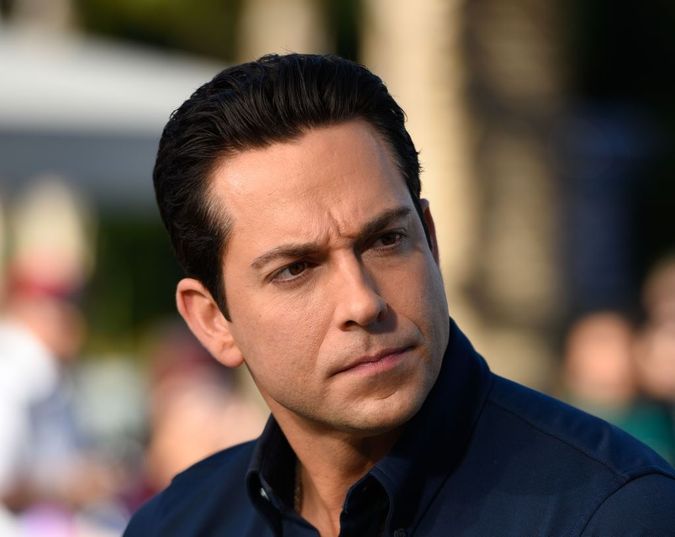 Zachary Levi, Jewish doctor on the recent season of “Mrs. Maisel,” is, remarkably, not the least bit Jewish, though he says he has been turned down for parts for looking too Jewish.

Michelle Wolf of the 2018 White House Correspondence Dinner has a filthy, brilliant mouth, a huge head of hair, and a Yiddish-y last name, but not a single claim to the Jewish religion or people. Weird Al Yankovic is weird in a likable way, ain’t one of ours. Oscar Isaac was raised “very Christian.” Tim Roth’s father was a non-Jewish World War II veteran who apparently changed the family’s last name in solidarity with Jewish victims of the Holocaust.

And it goes on.

Penny and Garry Marshall were raised in the same family, but in different branches of Christianity. Jason Bateman, John Krasinski, and Mark Wahlberg aren’t members of the tribe. Neither is John Goodman, and nor was Philip Seymour Hoffman. Meryl Streep is absolutely not Jewish.

People you think are Jewish because they are nebbishy: 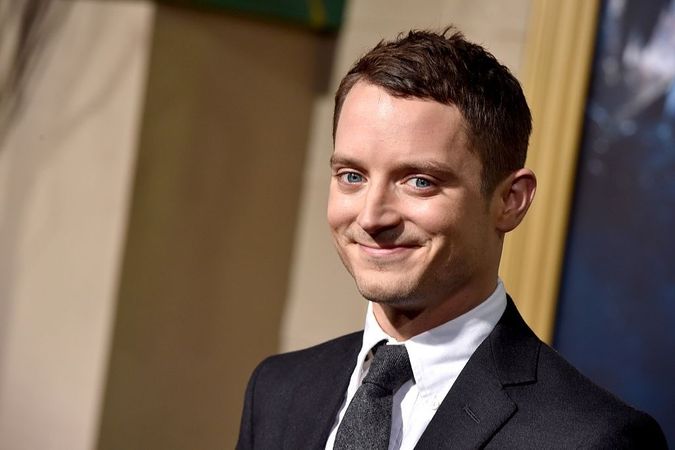 Michael Cera, Elijah Wood, and John Oliver have all plied their geekdom as sex appeal, but none of them can write from right to left.

People you think are Jewish because they’re funny: 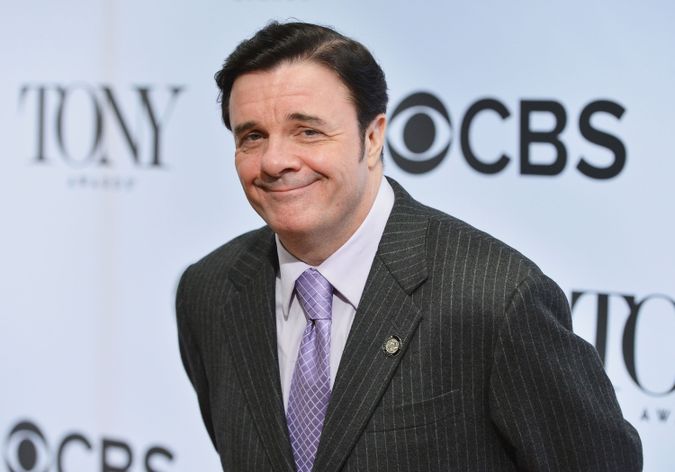 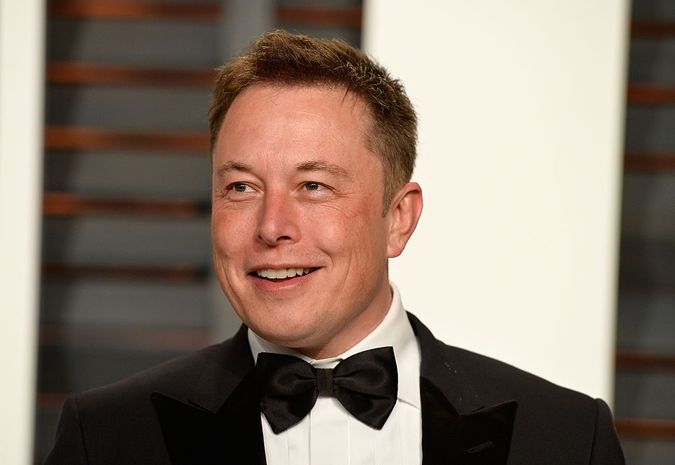 Jeff Bezos, Bill Gates, Timothy Geithner, Steve Jobs, Martin Shkreli, the Koch Brothers, and Elon Musk are not Jews. And if they were, what’s it to you?

People you think are Jewish or Jew-ish because they got really into Kabbalah for a while: 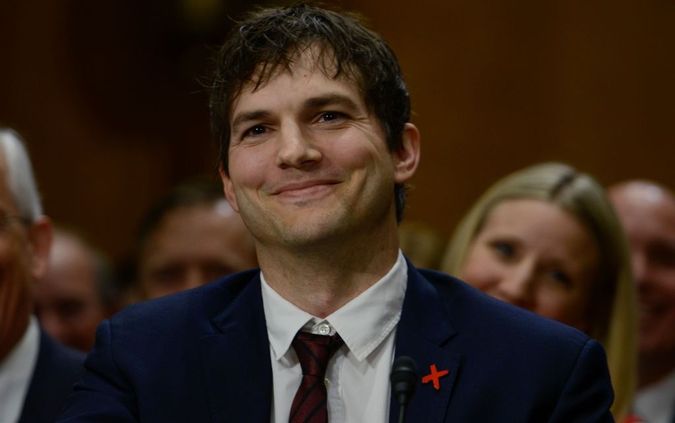 Madonna, Ashton Kutcher, Ariana Grande, Demi Moore, Britney Spears, Mischa Barton, and Rosie O’Donnell dabbled but never dunked in the mikveh. Come on, you would have known if we got Britney. 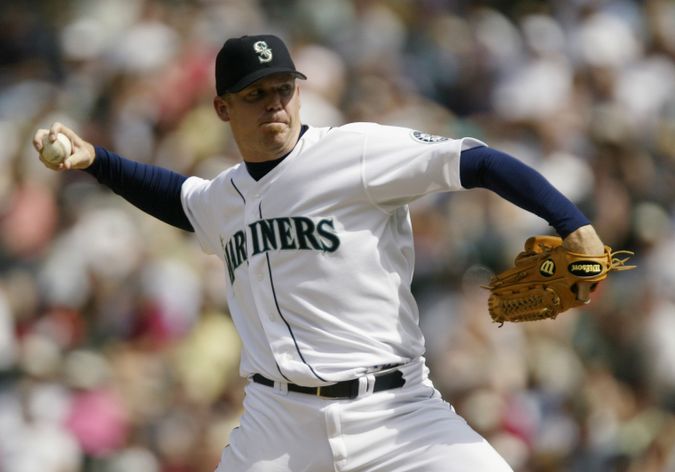 People you think are Jewish by force of wishful thinking: 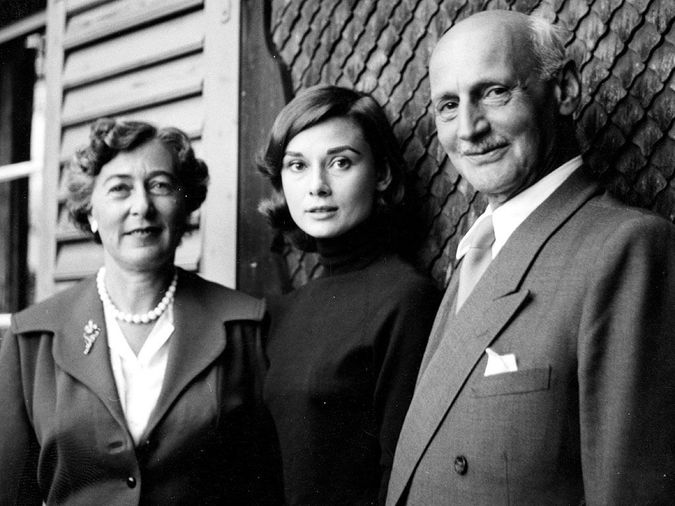 Audrey Hepburn with Otto Frank and his second wife. Image by Luca Dotti

Audrey Hepburn and Rami Malek are only Jewish in our hearts.

People you think are Jewish because they seem like they have Jewish neshamas: 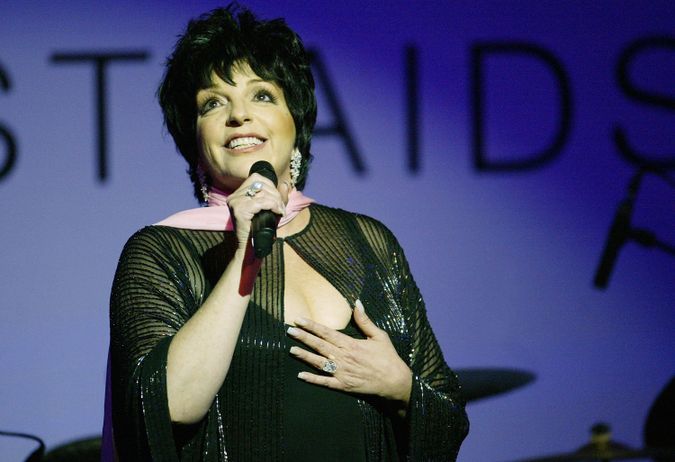 Liza Minelli, Molly Ringwald, and Alan Alda are not Jewish.

People who seem Jewish because they directed “Fiddler On The Roof” and their last name is “Jewison:” 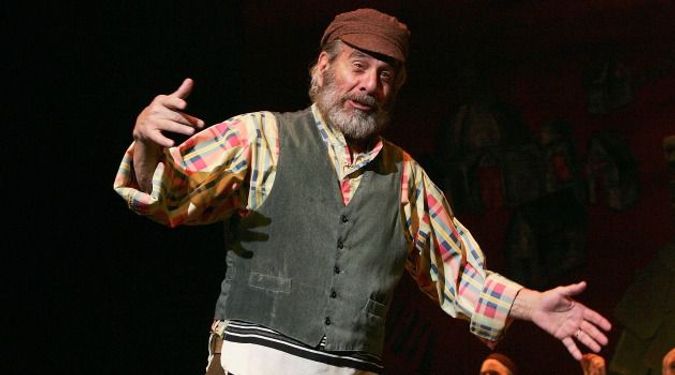 For all his faults, Tevye grows. Image by Getty Images

Norman Jewison. Believe it: he’s not a Jew.

Correction: This article originally noted that Matthew Broderick is not Jewish. He is. We are endlessly excited to have him and appropriately shamed.