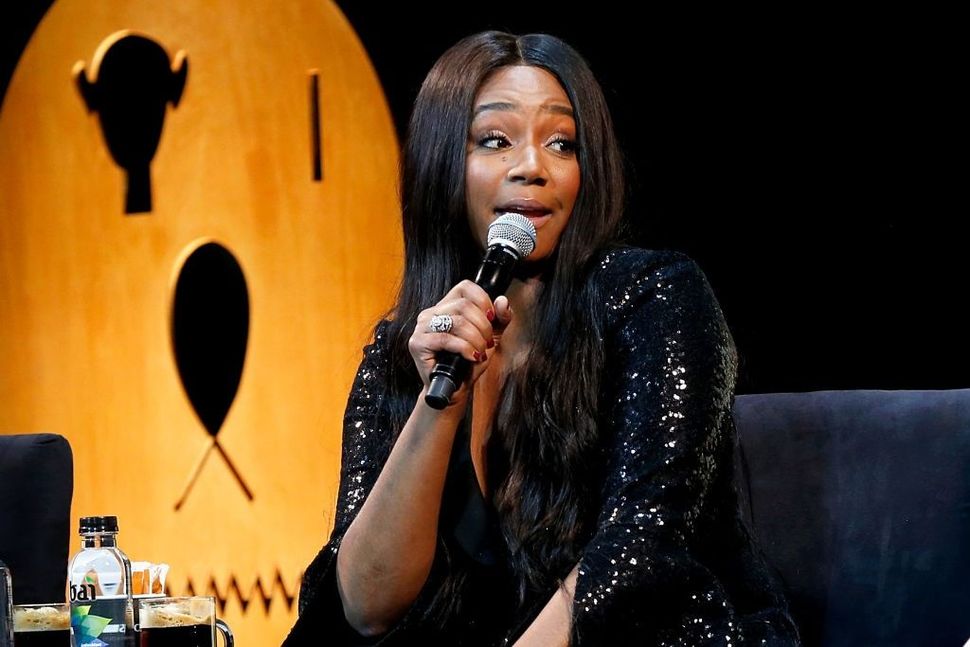 Your girl Tiffany Haddish is staying far away from the peach state. The dynamic Jew-ish comedian announced that she will not perform in Georgia until the state’s new abortion ban is revoked, CNN reported.

“After much deliberation, I am postponing my upcoming show in Atlanta. I love the state of Georgia, but I need to stand with women and until they withdraw Measure HB481, I cannot in good faith perform there,” Haddish said in a statement over the weekend.

Measure HB481, known as the “fetal heartbeat bill,” makes abortion illegal after a fetus’ heartbeat can be detected. That can be as early as six weeks into a pregnancy — or just one missed period — when most women have no way of knowing that they are pregnant. Haddish joins a host of celebrities and studios in boycotting Georgia in response to the ban; the state enjoys major economic stimulation from the entertainment industry. Georgia offers the biggest tax incentives to movie and TV production companies in the nation.

For Haddish, who has grown beloved since her breakout role in the comedy “Girls Trip” in 2017, this statement marks the first time she has waded into a truly hot-button political issue. Haddish has advocated extensively for foster children and disadvantaged populations dealing with mental illness and poverty.

As Haddish likes to say, “She ready!” She ready — to make decisions about her time, her body, and her beliefs.