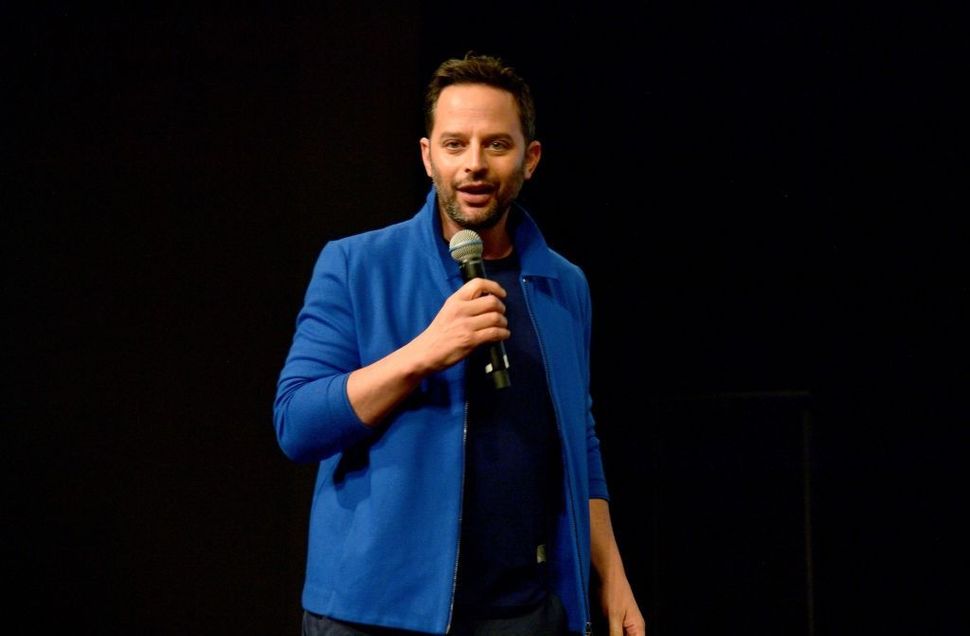 Nick Kroll, the adult version guy who would have passed along the message that his best friend had a crush on your best friend during a USY trip, played a public game of Jewpardy with his childhood rabbi on YouTube this week.

And people say it’s not the golden age of Judaism.

The comic, actor, and creator of the very, very Jewish Netflix show “Bigmouth” appeared on the popular YouTube series “The Burger Show” to promote the third season of his hit show. And though Chef Alvin Cailan melted cheese over the beef patty, added bacon, and topped it off with ranch sauce, Kroll’s Conservative Jewish roots were on full display.

Kroll, who once described growing up Jewish in Westchester County as “part of my personality but not the central theme of my existence” (we’ll be the judge of that, Nicholas) took a pop quiz on Judaism during “The Burger Show.”

“I have something special for you,” Cailan said, as Kroll bit into a pastrami burger. “It’s Jewpardy.”

A clever portmanteau of Jeopardy and Jew beloved by bored Hebrew school students everywhere, Jewpardy is a makeshift gameshow that tests Jewish knowledge. Cailan’s first category for Kroll, “Guess The Goy!” forced the actor to pick the non-Jew from a group of celebrities that would make even a Jewish pop culture journalist shut her big mouth in fear: Lenny Kravitz. Pink. Jason Biggs. Jenny Slate.

“He always plays a Jewish person though!” said Cailan, which is true.

Nick Kroll, honorary writer for the Jewish Daily Forward, went on to play the category “A Whole Yadda Yiddish,” which happened to be a daily double, hosted by his childhood rabbi, Michael Paley, a celebrity in his own right.

“Rabbis are real performers,” Kroll reflected, once again, with dire accuracy. “Rabbis are just, like, comedians who wouldn’t go to open mics. “It’s like you go one way if you’re a Jew who wants to perform, it’s like you become a comedian or you go become a rabbi.”

Kroll accurately identified “mishpokhe” as “family,” but was unable to pick out “brekhl” as an entirely made-up Yiddish word. Forward archivist Chana Pollack notes that “brekh” is a word (it means debris) and “brekhn” is a word (it means “vomit,”) so this was an extreme challenge to the casual Yiddish speaker.

Nevertheless, we hope that studying this video, in which Kroll refers to Russian dressing as “Pogrom Sauce,” will become a requirement for rabbinic ordination, if not an addition to the Jewish cannon on par with the stories of the Maccabees.