Q & A: How Benjamin Dreyer’s Style Guide Ended Up An Unlikely Bestseller 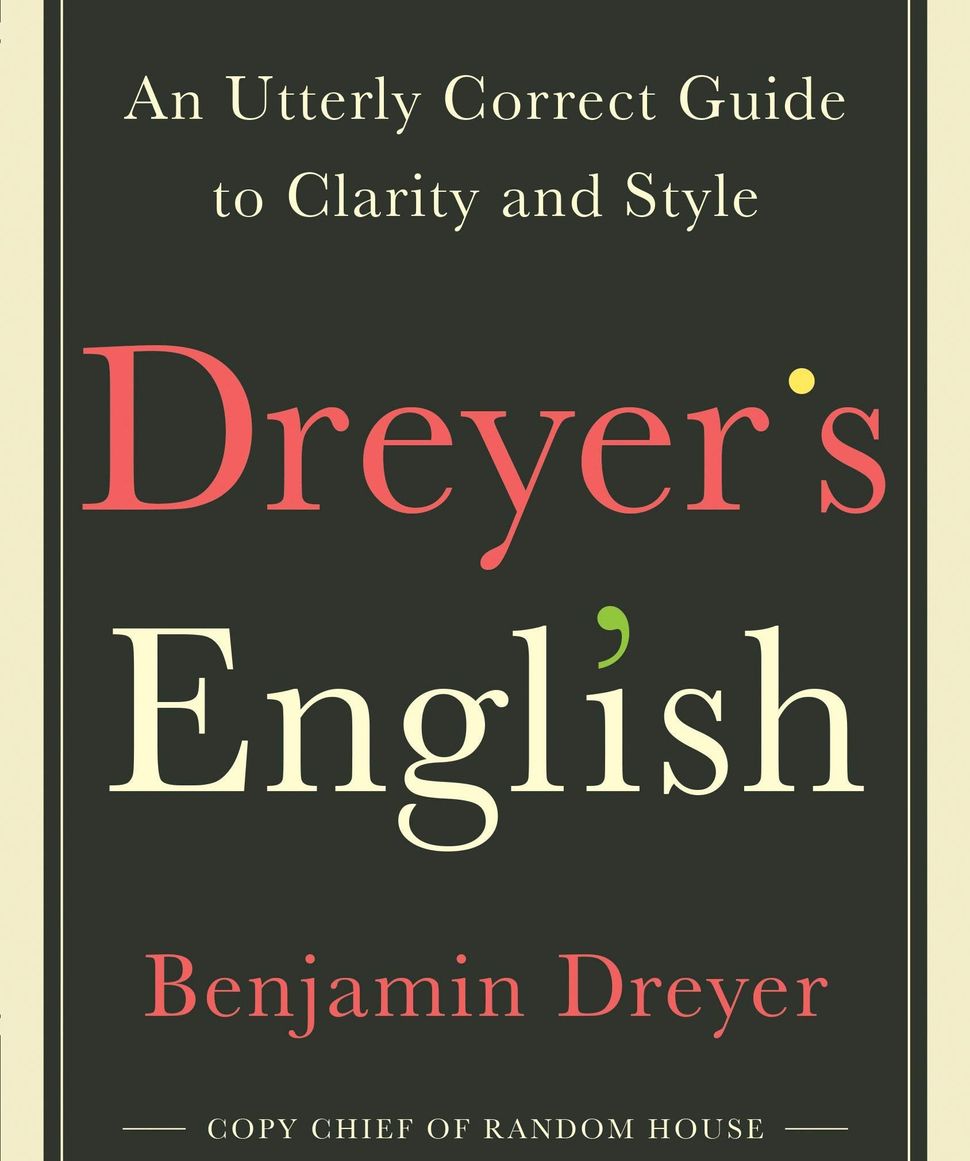 In the world of nonfiction, the past year has been one of headline-making bestsellers, many of them fueled by the allure of inside gossip on President Trump. See: Michael Wolff’s “Fire and Fury,” Bob Woodward’s “Fear,” James Comey’s “A Higher Loyalty” and Omarosa Newman’s “Unhinged.”

All of which made the skyrocketing sales of a style guide, well, somewhat unexpected. 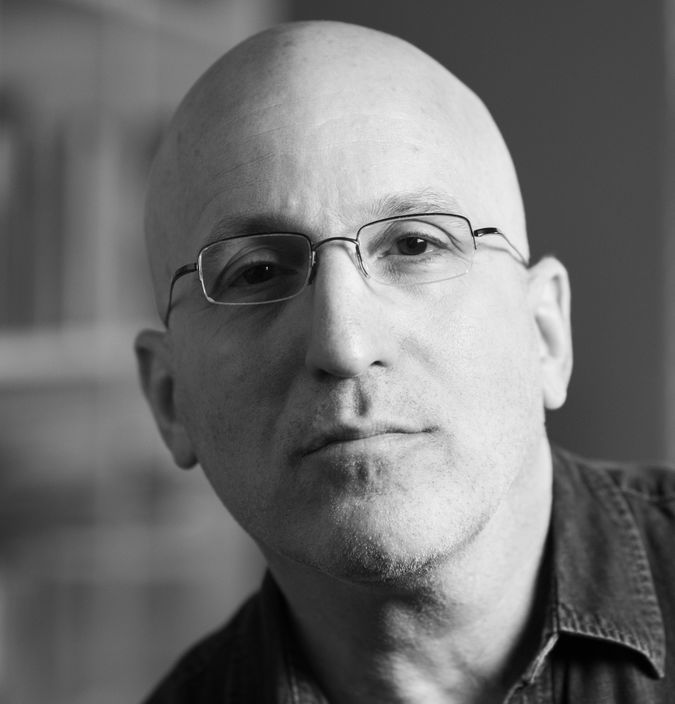 Yet “Dreyer’s English: An Utterly Correct Guide to Clarity and Style,” by the eponymous Benjamin Dreyer, copy chief of Random House, has occupied a spot on The New York Times Bestseller list for the last two weeks. It’s in its fifth printing, a statistic that, for a publishing wonk like Dreyer, means an awful lot. The footnote-riddled book, which fancifully outlines Dreyer’s highly opinionated rules for prose — see an early note in which Dreyer refers to “the mess of sexism and poor prose construction that is the plaque we humans left on the Moon back in 1969” — has become something of a status book. Readers post photos of it on social media, often tastefully posed next to a mug of tea. There are selfies and marked-up excerpts. Writing for The New Yorker, Katy Waldman praised the book for its “hedonic appeal.”

For Dreyer, it’s been a bit of a rush. He spoke with the Forward’s Talya Zax at a Manhattan café; read excerpts of that conversation, below.

Talya Zax: Why do you think this book is connecting with people to such a great extent?

Benjamin Dreyer: That is the question, isn’t it? It was supposed to be useful to editorial types and writers, every civilian who wants to know what one more self-appointed expert thinks about the series comma. I’m going to credit my mother. She said “We’re two years into this horror show, and here’s this book that says words count, and spelling counts, and meaning counts and punctuation counts. Basically, you’re standing up for the decency of prose, and people seem to want that and need it.”

How do you feel when you see a tweet from our president, with its inevitable plethora of mistakes?

I just sit there and I go, “Really”? There has to be a moment for a kind of above-it-all mockery. [But] that dramatic capitalization — fascist capitals, as I’ve come to call them — it’s so demeaning that this person occupies the White House. It horrifies me as a citizen, and it horrifies me as a copy editor.

Our previous president, who could speak beautifully and extemporaneously, only, so far as I know, made one [regular] grammatical faux pas. He would always be the one to say “well, this is something that’s very important to Michelle and I.” But everyone does that.

Do you think that there’s a connection between grammar and morality?

I’m always keen to point out I’m not a grammarian. I have as much grammar as I need to do my job. But is there a connection between clear prose and morality? When I read the columnists and self-appointed public intellectuals whose thoughts I don’t admire, I do find that they’re happy to bury whatever point it is they’re trying to make under obfuscating language. It’s like their sentences are as dishonestly constructed as their thoughts.

So what was the copyediting process for this book like?

I had one conversation with [my copyeditor] Bonnie beforehand. I said, look, I don’t need to be approved of and petted. And she did for me what I have always tried to do for writers: These are your bad habits, this is some fact you’ve been carrying around in your head for two decades where you’re wrong.

Do you feel like you became a better writer through this process?

I don’t know that I became a better writer. It became a better book. Should there ever be another book — and it won’t be nonfiction — I will probably go ahead and write the way I write. I will hope that my editor and my copyeditor will go back in and do the same thing. That’s as it should be. I think it was when they were making the film “Easter Parade,” Irving Berlin was visiting the set, and he was coaching Judy Garland on how to phrase something. And she said “Look, Buster, you write ‘em, I’ll sing ‘em.”

Good writers tell a good story clearly [and] engagingly. I think what makes a great writer is, every now and then, a phrase that stops you in your tracks. Do you follow Helen Rosner? I mean, she’s such a good writer. And it’s because she brings joy to her writing, and she’s funny. It’s not only that she has a way of phrasing things in a way you never thought of; she has a way of seeing things that you never thought of. To be able to translate the seeing into the writing, that’s where a writer becomes great. My beloved Elizabeth Strout, for instance, writes very simply. The prose is not fancy. She doesn’t write like I do, with curlicues all over. But she has a way of conjuring the way a room looks, or the way the sky looks, that makes you go “Oh.”

What books should I read to understand who you are?

One of the first books I fell in love with when I was a kid was a novel by Bel Kaufman called “Up the Down Staircase,” which is about a young teacher in New York City public schools. [It’s] constructed almost entirely in memos and letters and kids’ compositions. It made me recognize the magic of not just storytelling, but of writing. My constant companion these last few years is a book from the early 1960s by Peg Bracken called “The I Hate to Cook Book.” The premise is, essentially, “Hi, I am a housewife, I have other things on my mind besides cooking but I have to do it anyway, so this is how we’re gonna get through this.” The recipes are these somewhat scary 1960 things with lots of cans. The voice is so gorgeous. She is one of my muses.

I would also want you to read “The Amazing Adventures of Kavalier and Clay.” It’s a great book, and being able to work as its production editor is one of the highlights of my professional life. It was fun.

I read that book when I was 17, and I dog-eared every page on which there were words I didn’t know so I could go back later and look them up. At the end of the book I’d dog-eared effectively every page.

I would be on the phone with Michael, and there was not a single comma that he didn’t want to discuss. The proofreaders would point out [if] they couldn’t find a word in the dictionary. The phrase he would use: “Nonce-word.” A word that just exists for this one moment in time. After a while I would say “blah blah blah word” and he would just say “nonce,” and I would check it off. That was huge fun.

What is the literary landscape missing today?

For the last six years, I’m either working on my book or I’m working on all the books we’re publishing, so my attention is a little narrow. I don’t necessarily know what’s missing. What I’m seeing that delights me is, particularly with the One World imprint, all of a sudden my life is full of books by writers of color, and trans writers. When I was a baby copyeditor, the notion was [But] the great writers I love tended over the years to be women. My Edith Wharton, my Shirley Jackson. They’re always sort of relegated: Oh yes, that female writer. For Shirley: that weird, fat, scary writer. It’s a bigger and better world than that.

Are there Jewish linguistic tics you find either particularly charming or infuriating?

I consciously try to make sure that I don’t write as if I were raised in the shtetl, ‘cause I wasn’t. Every now and then I will let an “oy” or “gevalt” escape my lips.

The one thing — and it’s such a flashpoint — is I have always been both amused and bemused by how people go absolutely insane over the phrase “I could care less.” “It doesn’t make any sense!” It’s not supposed to make sense. It’s an expression of a kind of jaundiced, cynical sarcasm. It’s very East Coast, it’s very urban and it’s very Jewish.

I do think that there is something in the way I look at things and express myself from an angle that’s atilt. Maybe that’s part of being Jewish. Let’s not get too close to stereotypes, [but] there’s a certain slyness in expression.

Do you have a favorite Yiddish word?

Yes. And again, it’s a word that shows up in the book: ungapatchka. It’s that sort of messy, gaudy vulgarity. I would never use it as a compliment.

How did you develop your sense of style as a writer and editor?

What was really important about becoming a good copy editor was learning to listen. To be a little less invested in “I will fix things” and to be a little more attuned to “I will try to help improve and enhance.”

When I think of the thousands of words I wrote at the beginning of this process, I was trying to be definitive and exhaustive, which was ridiculous. My endless desire to be amusing led to the endless digressions, which is why there are so many footnotes in the book. Truly, it was a matter of, here’s your freak flag: Fly it. And that’s how I learned to write.

If you could copyedit any work of literature from the time before copyediting was standard, what would you choose?

Shirley Jackson’s first published novel, “The Road Through the Wall,” needs a much better copyedit than it got. It’s too messy for its own good. Otherwise I would [love], not for the sake of my thinking it needs something better than it got, but just for the sake of how much fun it might have been, to have been Dickens’s copyeditor on “Bleak House,” which for my money is pretty much perfect.

Any writers you admire quite as much?

I could do a good 15 minutes on why I don’t understand how Shakespeare ever came to exist.

I’ve read a lot of the drama of that era, and I’ve seen a lot of those plays, and he is simply so much better. The accumulation of ideas, imagery, language and playfulness. He might have been an alien. ‘Cause no one else was ever vaguely that good. I remember reading D.H. Lawrence for the first time and going burbling to the teacher, and I said “I think that maybe D.H. Lawrence is the greatest writer that I have ever read.” And he looked at me, and with great love and affection said “You’ll get over that.”

Q & A: How Benjamin Dreyer’s Style Guide Ended Up An Unlikely Bestseller