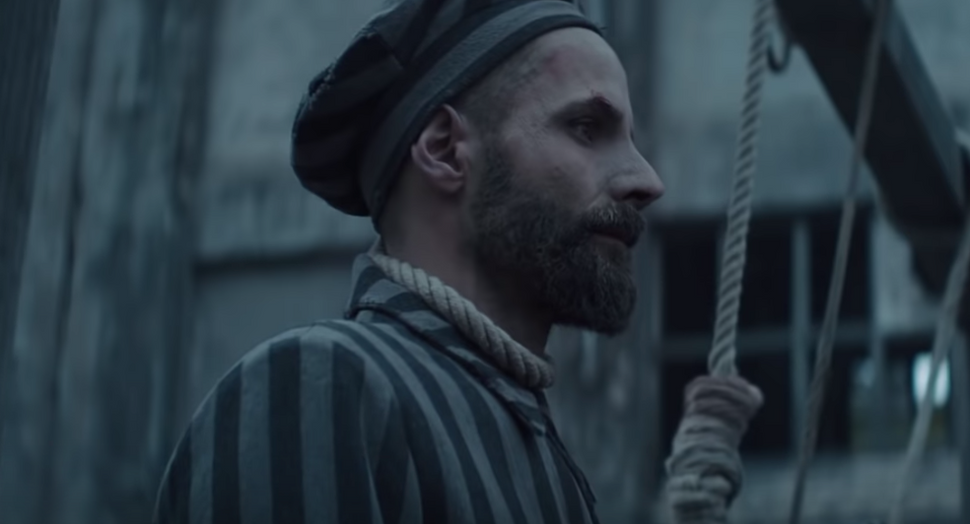 BERLIN (JTA) — A video by the German hard rockers Rammstein shows four band members dressed as concentration camp prisoners with nooses around their necks. A yellow star is visible on one of the striped uniforms.

One Jewish leader among many condemning the video called it “immoral and reprehensible.”

The video was posted this week on Twitter and YouTube as a hint of a new single by Rammstein. In a close-up, an industrial-looking location has not been identified. At the end of the trailer, the word “Deutschland” (Germany) appears in a Fraktur-style typeface resembling the font used on official Nazi documents until 1941.

Josef Schuster, head of the Central Council of Jewish in Germany, said in a statement that there was a difference between respectful references to the Holocaust in art and the “immoral and reprehensible” use of the Holocaust as a marketing tool.

Charlotte Knobloch, a former council president and Holocaust survivor, told the Bild newspaper that the “band has crossed a line,” to trivializing the Holocaust.

Felix Klein, Germany’s new commissioner on anti-Semitism, told the German media that any use of Holocaust imagery to promote sales “is a tasteless exploitation of artistic freedom.”

The band and its promoters have not commented on the controversy, Deutsche Welle reported. The full video was set to be released Thursday, and the group reportedly is planning a European tour.

Meanwhile, the director of the Foundation for Memorial Sites in Bavaria, Karl Freller, invited the band to visit the memorial at the former Dachau concentration camp near Munich.

Last year, the German rappers Kollegah and Farid Bang drew outrage over one of their hits, which included the words “My body is as defined as an Auschwitz inmate’s.”