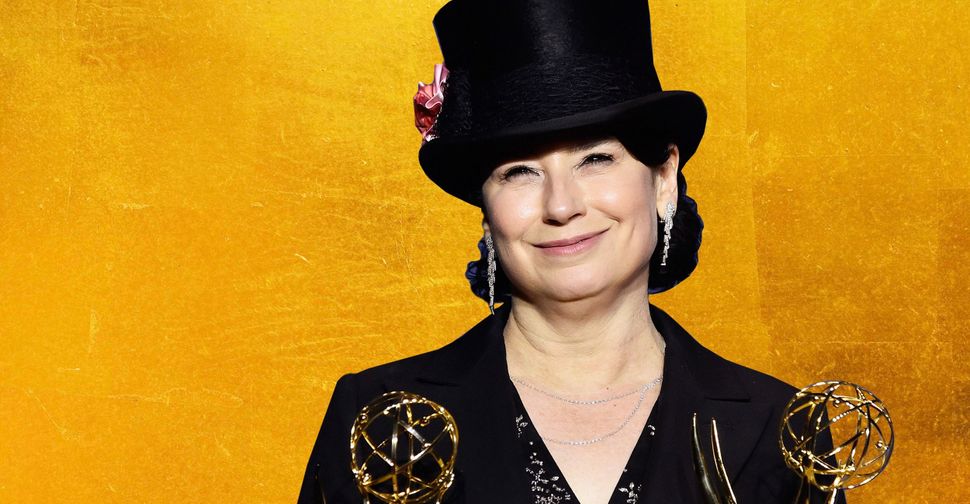 In 2018, TV offers a plethora of wonders: David Benioff and D.B. Weiss’s frighteningly durable “Game of Thrones,” Maggie Gyllenhaal’s bold performance on “The Deuce,” Pete Davidson’s regrettable foot-in-mouthism on “SNL.” But the age of peak TV may have met the age of peak Jewish fantasy in “The Marvelous Mr. Maisel,” Amy Sherman-Palladino’s follow up to her wildly popular “Gilmore Girls.”

The mother and daughter duo for whom that earlier show was named were only kind of Jewish if you knew what to look for. They talked a mile a minute, had ritually contentious Friday night dinners with family and speckled their speech with Yiddishisms. But where “Gilmore Girls” liked to wink at Jewishness, “Mrs. Maisel” is centrally concerned with being loud and proud about Jewish humor. Its title character is a young housewife in the 1950s who turns to comedy — often raunchily — after her nebbishy husband leaves her for his secretary. Along the way, Midge Maisel, played by Rachel Brosnahan, befriends Lenny Bruce, bribes bookers with brisket and manages to alienate her rabbi in truly unorthodox ways. It is joyful, kvetchy New York Jewishness, seen through a pastel-tinted mist of nostalgia.

As Sherman-Palladino told the Forward before the first season of “Mrs. Maisel” debuted on Amazon in November, 2017, the show has deep roots in her childhood. “[My dad] was a stand-up comedian, so I grew up hearing about Greenwich Village and the Borscht Belt,” she said. “There were always a group of older Jewish men in our backyard trying to make each other laugh for hours and hours.”

As with “Gilmore Girls,” Sherman-Palladino collaborated on “Mrs. Maisel” with her husband, Dan Palladino. The show’s massive success — both the series and its cast, including Brosnahan, won laurels at the Golden Globe and Emmy awards — has raised hopes for its second season, out December 5. Trailers for the season promise a romp through the Borscht Belt, a bigger presence for Bruce, and oh, yes, that mortally offended rabbi. As Midge might say: “Tits up!”