Once again, Jews were sexy this year. Image by Getty Images/Forward Montage

When the Red Sea crashed in on itself and the people of Israel tumbled out on the other side, unharmed, subject to miracle, and free for the first time in their lives, they very quickly started complaining.

And so it is each year, when I release “The Forward’s Sexiest Jewish Intellectual Alive (And One Dead)” Awards. (Read 2017 and 2018 here.)

“These intellectuals are too sexy,” some complain. “I am worried a child will run past this article too fast and slice his or her face off with one of the Jewish Intellectuals’ cheekbones!”

“My personal exclusion from this list is the final shard of shattered divine vessel that will sever the American Jewish community into warring factions and ultimately lead to civil war!” others insist.

And I, Moshe Ra-BAE-nu, high priestess of prurience, simply set my eyes to the heavens and remember that my God has charged me with a duty. And that duty is to rejoice in the soft valleys, sharp contours, rolling gullies, and juicy curves of Jewish intellect.

And so, it is that I commence with listing the Forward’s 3rd Annual Sexiest Jewish Intellectual Alive (And One Dead.) 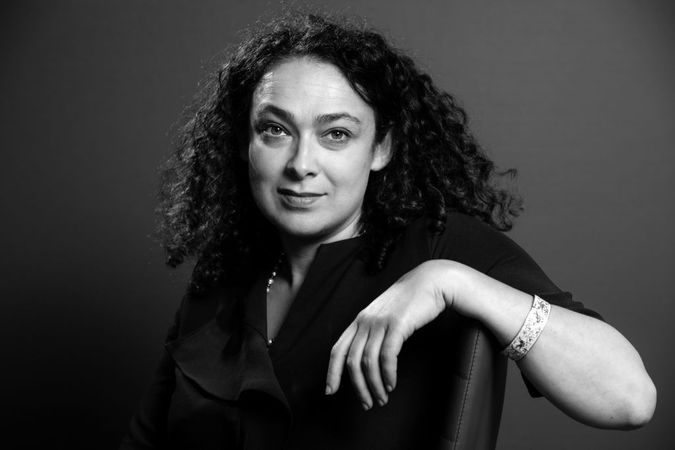 “En tenue d’Eve: féminin, pudeur, et judaïsme.” French is undeniably sexy. Sexier still, the title of this 2013 book by Rabbi Delphine Horvilleur (her name sounds like a feather boa being dragged across your face) translates to “In A Birthday Suit: Feminism, Modesty, and Judaism.” France’s third female rabbi has a career as a journalist under her belt, as well as a medical background, a job managing a Jewish quarterly, two masters degrees, and a mastery in making us say, “Journalist-turned-woman-rabbi-feminist-academic with a smize like Marion Cotillard? There’s no time to commission a custom artisanal ketubah, we wed in the morning!”

#me #and #famous #writer #keithgessen #at #the #presention #of #his #new #book #aterriblecountry ????

One of 2019’s most unnerving cultural memes involved naming sexy celebrities and then voicing a wish to be murdered by them. (Both the New Yorker and the Cut wrote in-depth explorations of this topic.) I did not understand these trend pieces until I read a Keith Gessen short story. Ours not to reason why, ours but to do or die — and to that end I would like to be thrown off Masada by Keith Gessen, as the audiobook of his novel “A Terrible Country” plays.

Melina Matsoukas is like the God of the bible — if you were ever to understand the true glory of her manifest presence, you would pass away. Beyonce’s go-to music videographer for the last decade-plus, Matsoukas has two Grammy’s and is angling for an Oscar with November’s buzzy “Qyeen & Slim,” starring Daniel Kaluuya. Her eyebrows belong in a rarified hall of fame, alongside those of Zachary Quinto and Eugene Levy. Okay ladies, gentlemen, and non-binary folk, let’s get in formation, bow responsively, and shuckel in praise to the woman who convinced Beyonce to highlight police brutality against black Americans in a music video.

To the right, the resplendent Klepfisz

Klepfisz was born in the Warsaw Ghetto, survived the uprising, spent the rest of the Holocaust in a Catholic orphanage, was stolen by her mother from the convent when the nuns refused to part with her, and lived to become an influential Yiddishist, a noted poet, and a feminist lesbian activist. And not even that can stop me from saying: I’d tap that. The native Polish-speaker picked up Swedish after the war, became a Yiddishist, then moved to America and got a PhD in English, becoming a Women and Gender Studies professor at Barnard College. Say it any language you want: dang. Klepfisz is a lifelong champion of Yiddish, queerness, women — everything good, cool, and sexy. “Power does not so much corrupt/As blur the edges/So we no longer feel the raw fear” Klepfisz wrote in the poem “67 Remembered.” Here’s hoping her power as one of the Forward’s 3rd Annual Sexiest Jewish Intellectual Alive (And One Dead) does not corrupt. 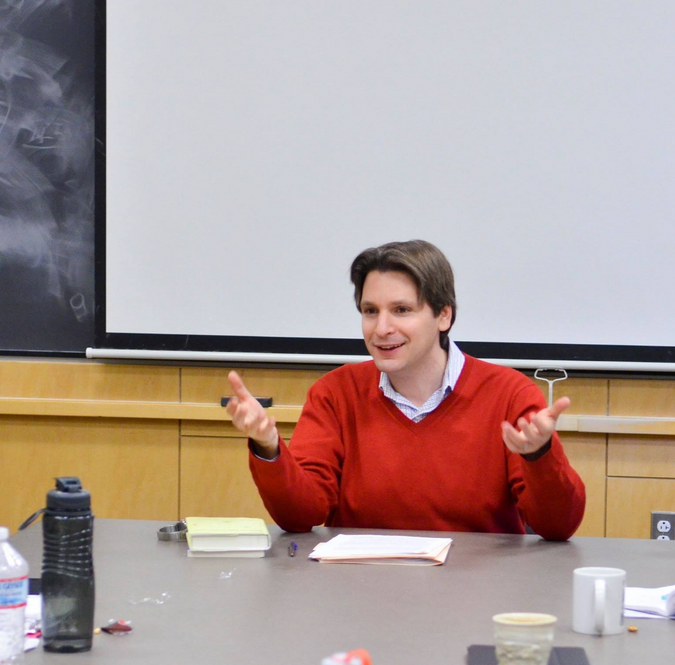 I have read Elias Sacks’ entire 12-page single-spaced CV, and I am here to present my findings, prior to tattooing them on my lower back. Sacks got a masters at Columbia, and did his PhD in at Princeton. As an undergraduate at Harvard, he won the award for “highest GPA.” To quote the TikTok videos based on the Broadway musical based on the cult-classic movie “Heathers,”: Dang, dang, diggity-dang-dang. Dang, dang, diggity-dang-dang! The lustrous-haired Moses Mendelssohn scholar, Sacks is now a professor at the University of Boulder in the Jewish Studies program (hot!) where he writes on topics like “Exegetical Politics” and recently published a Mendelssohn textbook that costs sixty dollars. According to Sacks’ academic focus, Mendelssohn, the power of religion is “love and beneficence” (ayyyy) and Sacks practices as he philosophizes — in his sexiest move to date, he married a cantor. 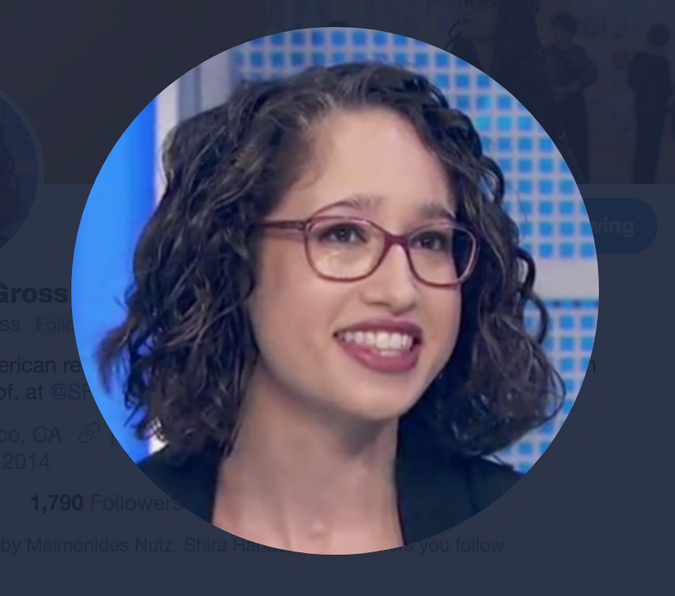 A PhD with a strong Twitter game and a face that enters a room cheekbones-first, Rachel B. Gross is kind of the Alexandria Ocasio-Cortez of Jewish academia. To complete this ideal picture of diasporic Jewish excellence, Gross studies Judaism and food. A professor in the Department of Jewish Studies at San Francisco State University, Gross holds an award simply titled “Award For Excellence In Jewish Studies,” she’s working on a book about Jewish nostalgia, and she’s lectured on the Holocaust, but she has also made dozens of Jewish food puns in academic scholarship. Call her olive oil, because she’s hot enough to cook latkes in (but less ideal than vegetable oil.) 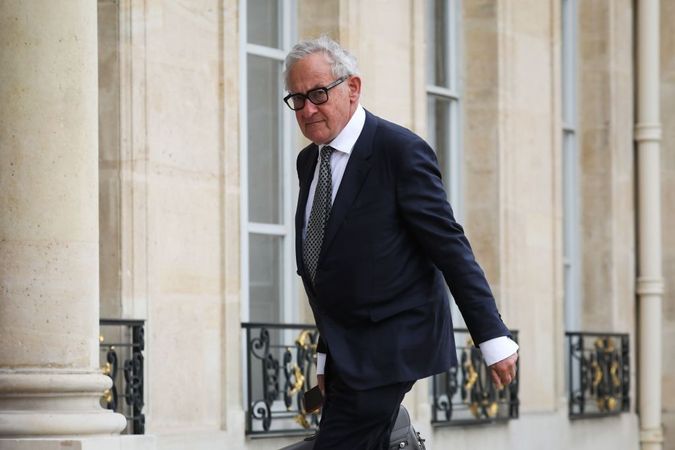 Schama in 2019, rolling up at Elysee Palace Image by Getty Images 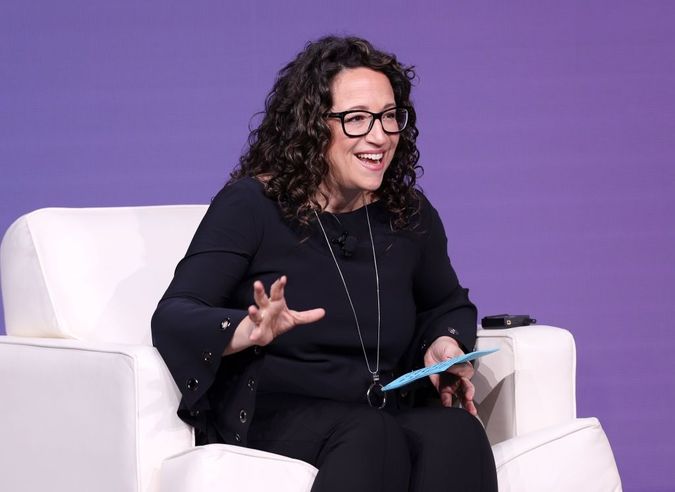 Webb, predicting the future via math Image by Getty Images

Amy Webb is a caricature of a successful person, on this list in spite of my natural human resentment by the grace of her perfect, perfect hair. Your girl is a classical clarinetist and former journalist — fluent in Japanese and proficient in Aikido — who advises Fortune 500 companies and world leaders and recently worked on a Hulu show about Mars exploration. She once told the Forward that she solved challenging math problems during her C-section as a “calming” distraction. She’s a professor, a thrice-published author, a former delegate of a presidential commission. Her book about hacking online dating, and its subsequent TedTalk, are being turned into a movie. Amy has enough accolades. But our hands are tied — she’s sexy. 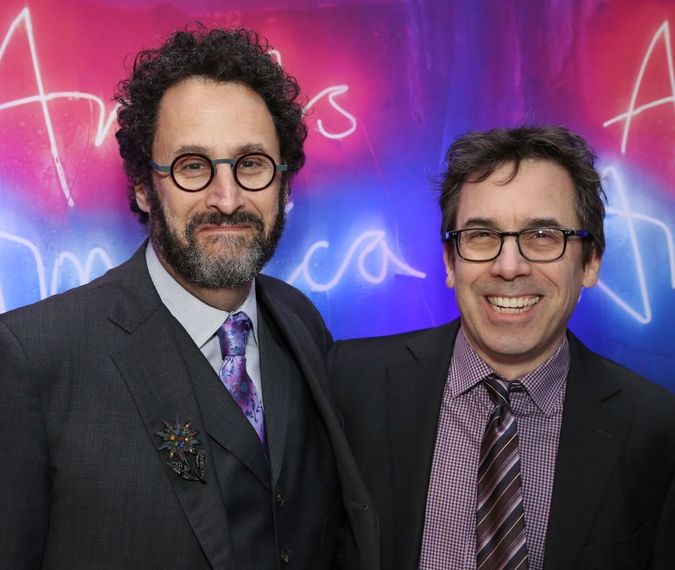 Kushner (left) and Harris, in 2018 Image by Getty Images

Hillel said, “In a place where there are no humans, try to be a human.” And we add — “In a year when so few men are sexy, try to be sexy.” Power couple Tony Kushner (you may know him from a little play about angels and America) and journalist Mark Harris rose bravely to answer this call. Their respective eyewear would make a Warby Parker employee kneel in deference. Harris wrote the bestselling “Five Came Back,” a history of Hollywood directors rocked by World War II, and then produced it as a documentary for Netflix. His Twitter is grandly dorky, and therefore hot. Tony Kushner’s successes are too well known to repeat here, but let me spread this good word: he’s aging really, really well. 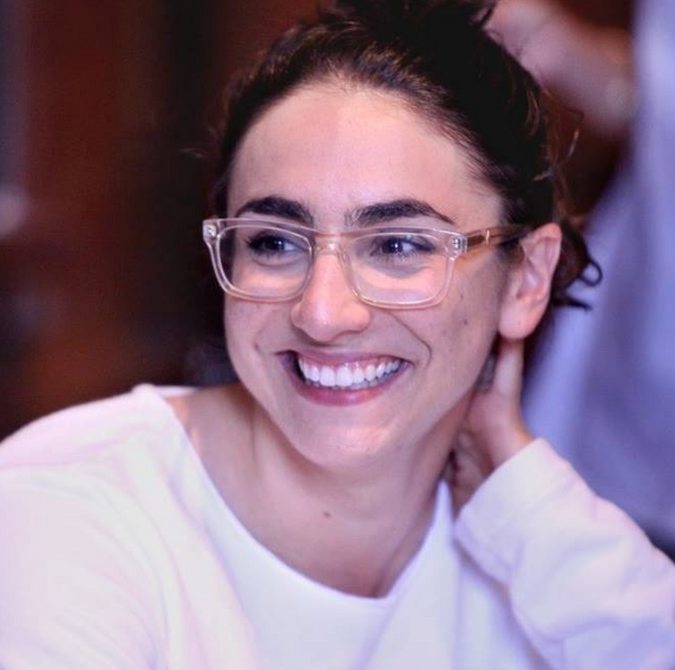 Weinbach, who teaches your children well Image by facebook

In the final days the youth shall see visions, but they’ll only be good ones if Ora Weinbach keeps teaching them. Another casually iconic glasses-wearer, Weinbach is a Planned Parenthood University-certified sex educator who teaches teens and helps Jewish day schools make an exodus from the enslavement of ignorance, repression, and misinformation. Weinbach, a student at Yale Divinity School and an educator at the Jewish Center in Manhattan, urges that “sexuality needs to be taught from a strictly secular perspective” — she teaches students about safe contraception, regardless of Jewish law. Nothing is sexier than claiming agency over your own body and desires — unless it’s great eyebrows and a divinity degree. Damn!

Bond’s doctoral thesis actually included the word “sex.” Well, it was “Criers, Impresarios, and Sextons: Disreputable Occupations in the Roman World,” but still…pretty hot. A University of Iowa history professor with a focus on late antiquity, Roman law, and topography (yum!) her list of academic publications are vast, but she has still found time to write for something called “Ancient Jew Review.” Sexily conveying high level scholarship to the public in regular mainstream publications, in 2017 she blew the lid open on the invalid connection between classical marble statues and white pride. She received death threats, and kept going. Her hair is shiny, her research is cutting edge, and her educational Twitter is fine as hell. I found out that Bond is Jewish the best way of all — on a white supremacist site that documents “anti-White traitors, highlighting Jewish influence.” 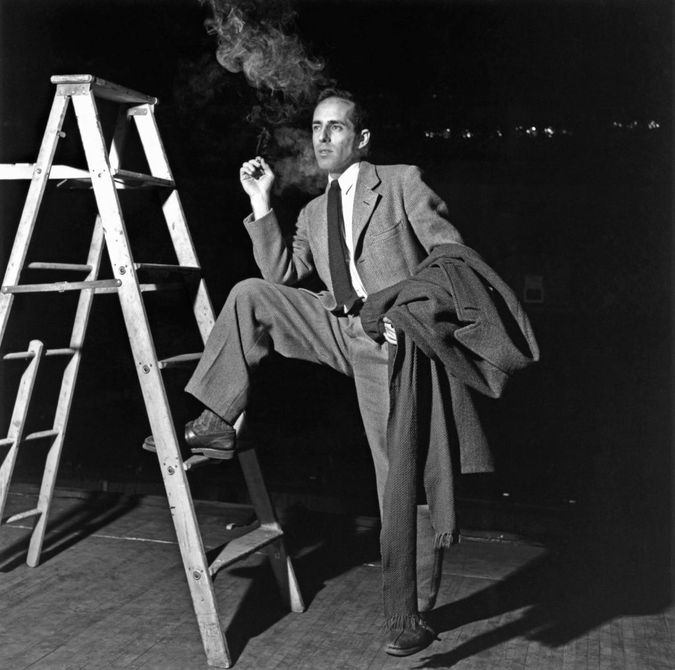 Robbins, circa-1950, pre-beard Image by Getty

Jerome Robbins (And One Dead Award)

Robbins — born Jerome Rabinowitz — was a radically sexy, deeply flawed American icon and queer Jewish intellectual. The incandescent genius director and choreographer behind many of Broadway’s most impactful works in the last century, including “West Side Story,” “Gypsy,” and “Fiddler on the Roof,” it’s also important to note that Robbins had a great beard and a great bod. On the occasion of what would have been his 101st birthday, in October, Forward culture critic Talya Zax noted Robbins’ “mix of brilliance and neuroses, rebellion and fascination with tradition — along with his struggle to define himself and his work as equally American and Jewish, his broad sympathy for the status of the outsider, and his guilt.” Tell me that’s not hot.

Editor’s Note: Two academics on this list have written a Letter to the Editor criticizing it. Read it here.

Jenny Singer was the deputy life/features editor at the Forward. She is now a staff writer at Glamour.