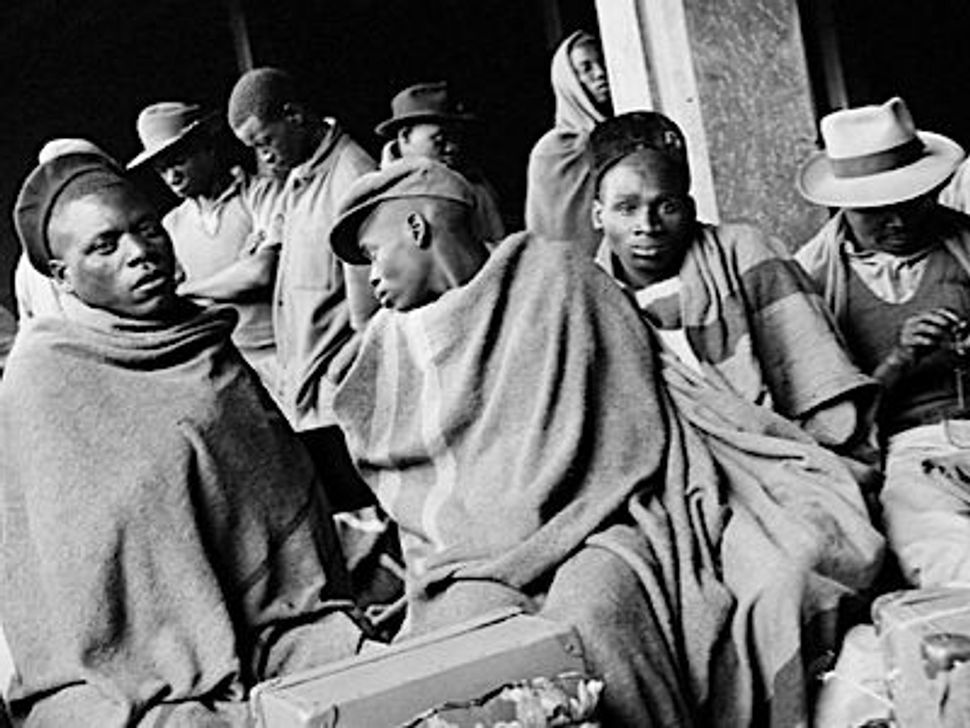 Shifting the Gaze: Painting and Feminism

Like any good retrospective, the Jewish Museum’s display of 32 pieces of art from the past 50 years makes an argument for their continued relevance. Instead of focusing on a single artist, however, “Shifting the Gaze” shows how the entire question of Jewish gender identity and its artistic expression is still very much with us. Featuring works by artists such as Judy Chicago, Joan Semmel and Deborah Kass, the exhibit illustrates how feminist ideas have challenged conventions in the art world and have resulted in thought-provoking new works.

Read the Forward’s review of ‘Shifting the Gaze’ here.

When we first heard about journalist Joshua Foer’s idea to hold an architecture competition for Sukkot in New York’s Union Square, we weren’t sure if it was a brilliant idea or just harebrained. To give credit where it’s due, however, Foer and his co-organizers pulled this one off in style. The finalists in the contest were all eye-opening (particularly because they were all built to halachic specifications) and made a festive scene in one of Manhattan’s most heavily trafficked public spaces.

You’ve probably seen Maira Kalman’s illustrations adorning newspapers and glossy magazines, but the Tel Aviv-born artist’s recent exhibit — which started at Philadelphia’s Institute of Contemporary Art before travelling to the Contemporary Jewish Museum in San Francisco, the Skirball Center in Los Angeles, and the Jewish Museum in New York — has more to offer than whimsical drawings. Though still possessing Kalman’s characteristic light touch, “Various Illuminations (of a Crazy World)” also shows her grappling with issues of mortality and the more somber aspects of Jewish identity.

While an entire museum may not fall strictly under the “exhibitions” heading, we would be remiss not to include the National Museum of American Jewish History, which opened this past November in its new building on Philadelphia’s Independence Mall. Housed behind an impressively modernist glass façade, the museum’s permanent exhibit is dedicated to the theme of ‘Freedom,’ an appropriate — if somewhat sweeping — focus for telling the story of American Jewry. Just as important, the museum’s prominent location and lofty ambitions are a fitting reflection of the Jewish community’s hard-won sense of self-confidence.

Read more of the Forward’s coverage of the National Museum of American Jewish History here, here and here.

Born in Randfontein, South Africa, to Jewish immigrants from Lithuania, David Goldblatt is one of his country’s most accomplished photographers, producing searing visual testimonies to the evil of apartheid. This year’s retrospective of his work at New York’s Jewish Museum included such iconic images as Goldblatt’s photographs of District Six, an area destroyed to make way for whites-only housing, and his less-than-flattering images of Afrikaner nationalists.