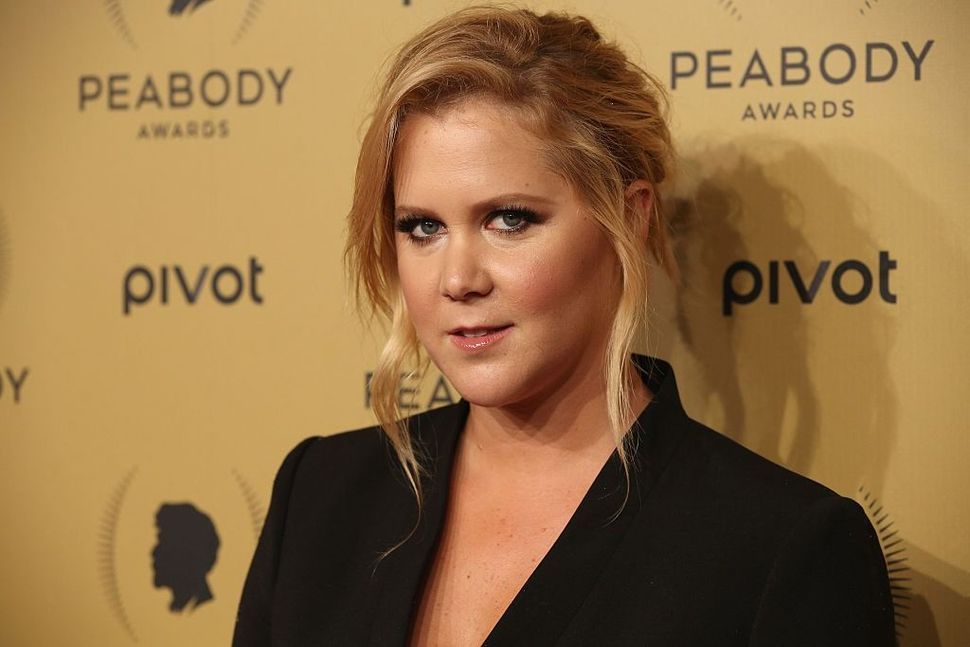 Two weeks after giving birth to her first child, comedian Amy Schumer took the stage at New York’s famed Comedy Cellar to do a stand-up set.

“I’m back!” Schumer, 37, captioned a picture of her set, on Instagram.

If you hear a rushing sound, that’s your blood pressure vroom-ing into high gear as your brain struggles to accommodate the idea of giving a public performance 14 days after pushing an infant through your reproductive system.

Pic from tonight by @hewasfunny I’m back!

And you’re probably wondering if Schumer — whose son Gene Fischer was born to the comedian and husband chef Chris Fischer on May 6 — did the right thing. Is she a superwoman? An Amazon? Or is she setting an unfair precedent for other women, normal women who are not multimillionaires who can afford to employ a full staff of helpers in the difficult weeks following birth?

The simple answer: If Schumer thinks it’s the right thing for her to do, then it is. Men frequently return to work hours after their partners give birth to babies, so it’s not exactly an ethical issue. Plus Schumer, who was beset by the extreme nausea-inducing pregnancy complication hyperemesis gravidarum, was probably thrilled to get back to her work and her passion after months of canceled tours and medical appointments.

Schumer’s situation, however personal it may be, is made public by her celebrity. And so we have to take this opportunity, in celebrating her triumphant return to the stage and to the work she loves, to remember that most mothers do not get to choose whether they return to work after two weeks or not. Most mothers do not have jobs that involve only twenty minute increments of standing. Most mothers cannot afford the childcare, medical practitioners, and village of helpers that likely made Amy Schumer’s Monday night relatively doable and comfortable.

May Amy, and every woman recovering from childbirth, go from strength to strength. And in between laughs, let’s remember the massive majority of women who, despite their extraordinary strength, do not have those same freedoms.