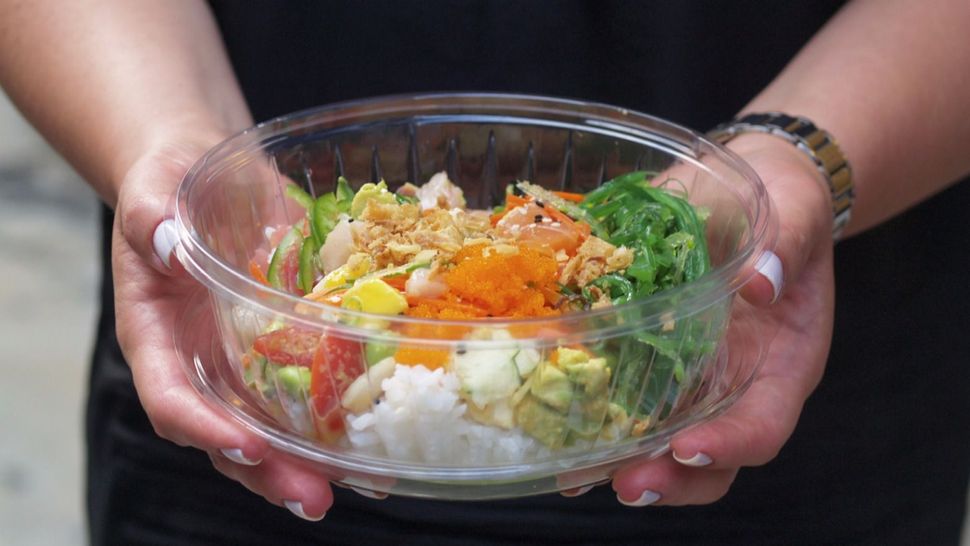 Cubes of marinated fish are tossed with mix-ins such as avocado and diced mango and a choice of sauce, then added to a bowl of greens, seasoned rice or quinoa. Image by Gayle L. Squires

In an unassuming corner of Eden Wok, a fast-casual Asian-inflected eatery on East 34th Street, a new poke spot quietly debuted Tuesday night. Koshe Poke is taking advantage of the poke (pronounced poh-kay) craze that’s been spreading east from its origins in Hawaii to the mainland’s West Coast and now to our own little overpopulated island of Manhattan.

Poke is a dish of raw cubed fish lightly marinated in soy and sesame, sometimes served over rice. Sold as a snack in grocery stores and even gas stations in the Aloha state, it is eaten more often on the sand than in a sit-down restaurant.

Koshe Poke founder Kevin Cohnen also owns Eden Wok and Pitopia. When people started queuing up at a neighboring poke shop, he decided to try his hand at a new offering in his existing space. Cohnen described poke as “only a short leap from sushi” and that’s literally what he did — he removed a wall next to the sushi bar in Eden Wok and added a glass case displaying all the fixings necessary for a choose-your-own poke adventure. 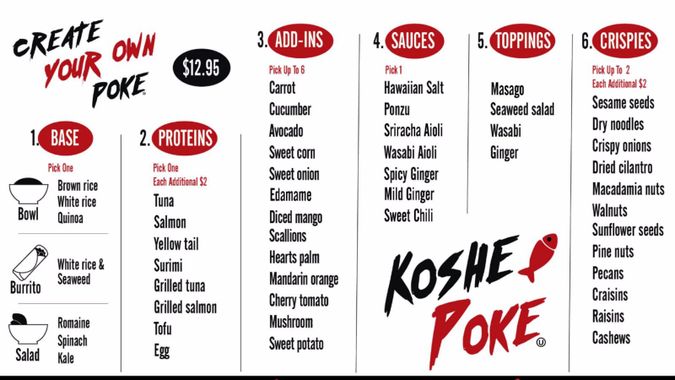 Image by Courtesy of Koshe Poke

His team tosses cubes of fish (raw or grilled) with mix-ins (think: avocado, shredded carrot, diced mango) and sauces (they have six), and then either tops a bowl of greens, seasoned rice or quinoa with it, or rolls the mix into a seaweed “burrito.” Gild the lily with bright orange masago roe, seaweed salad and crispy onions (or any of a handful of other garnishes).

Starting at $13, it’s much less expensive than a flight to Honolulu.