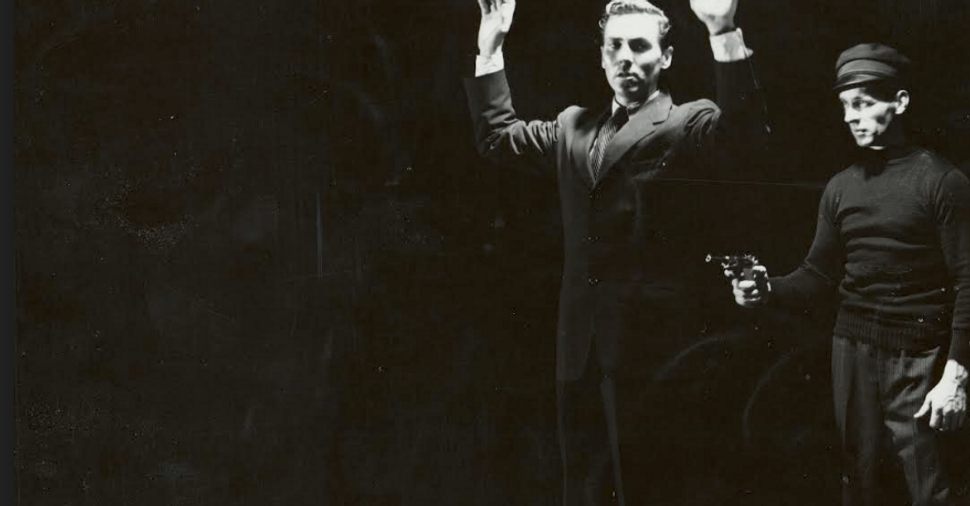 Jewish crime ain’t what it used to be. In 1908, New York Police Commissioner Theodore Bingham caused a scandal when he asserted in an article in the North American Review that half the city’s criminals were Jews. The Jewish community was outraged and Bingham was forced to retract his statement.

In fact, studies have long shown that Jews have a relatively low crime rate, lower than that of other religious groups. For much of their history, Jews were generally less drawn to crime, partly thanks to the strong social net provided by the organized Jewish community, in which wealthier Jews helped support the poor, who were then less liable to fall into a life of crime.

But sometimes, the level of poverty overwhelmed Jewish communal structures. In the eighteenth century, for example, bands of Jewish beggars roamed the Central European countryside and were sent from one community to the next, because no community wanted to take care of them for too long. Jewish bandits lurked in the woods and by the roads in order to rob the residents of neighboring towns. But even Jewish bandits remained attached to their communities and their religion, and usually came home to spend the Sabbath with their families. It wasn’t until the nineteenth century that most German Jews integrated into German society, socially and economically. As they joined the middle-class, poverty and crime ceased to be pressing communal issues.

But the nineteenth century saw the opposite happening in Eastern Europe, where the Jewish population had exploded and poverty became widespread. Many Jews in small towns left home to seek their fortunes elsewhere; first – in the large cities, and later – in America, and a few of them turned to a life of crime. Until World War II, a small segment of Eastern European Jewry played a significant role in the criminal underworld of several European, in the United States and even in South American countries like Argentina and Brazil. The years 1880 to 1939 can be seen as a sort of “golden age” of Jewish criminality.

In the United States, Jewish mobsters worked hand in hand with the Italian mafia and directed all manner of illegal or barely legal enterprises, as in major casinos in Las Vegas and Cuba. Gangsters Bugsy Siegel and Meyer Lansky became household names in American criminal history, and throughout the years, they have appeared in many films and television series.

The Jewish underworld was so conspicuous in its day that many of the greatest Yiddish writers were drawn to the subject. Sholem Aleichem wrote a novel entitled “Moshkele the Thief,” and Sholem Asch, perhaps the most famous Yiddish playwright, wrote his most popular (and controversial) plays about criminals, “Motke the Thief” and “God of Vengeance.” Isaac Bashevis Singer published a number of novels about the Jewish underworld, based on memories of his childhood on the impoverished Krochmalna Street in Warsaw. His novels, “Scum” (1967), “The Guests” (1972) and “Yarme and Keyle” (1976) appeared serially in the Forward. Sadly, the last two never appeared in book form or in English translation.

Another sign of the impact that Jewish criminals had on Jewish society is the rich Yiddish folk literature that was handed down from generation to generation, dealing with subjects related to criminals. Folklorists managed to record some of this culture, in the form of songs, sayings and anecdotes.

The two most important collectors in the field of underworld folklore were Shmuel Lehman and Pinchas Graubard, both of whom lived and worked in Warsaw. In 1923, a comprehensive anthology appeared, entitled Bay undz yidn (Among Us, Jews), including several significant collections of criminal folklore, as in a detailed glossary of slang terms, which often illustrate the deep Jewishness and stark “us vs. them” mindset of many Jewish crooks. For example, the leader of a gang of thieves was called a “rebbe,” while a police officer was called a “rosh-goy” (head Gentile).

It’s hard to say just how much of this material came from the criminals themselves, and how much from Jews commenting on the wayward folks among them. Here we hear the voices of a certain segment of lower-class people who are otherwise largely absent from Jewish historical sources.

World War II and the Holocaust largely put an end to the era of Jewish gangsters, since the Nazis and their collaborators murdered Jewish criminals together with other Jews, while in the U.S., the war and the postwar period brought rapid economic expansion. The vast number of children of Eastern European immigrants went to college and continued on to middle-class respectability, thus avoiding the deep poverty that had for centuries dragged Jews into a life of crime.

What does remain from the era of Yiddish-speaking thieves and thugs is a fascinating collection of expressions, songs and stories that provide an intimate look at how Jewish society viewed their criminal element and how those outlaws actually saw themselves.