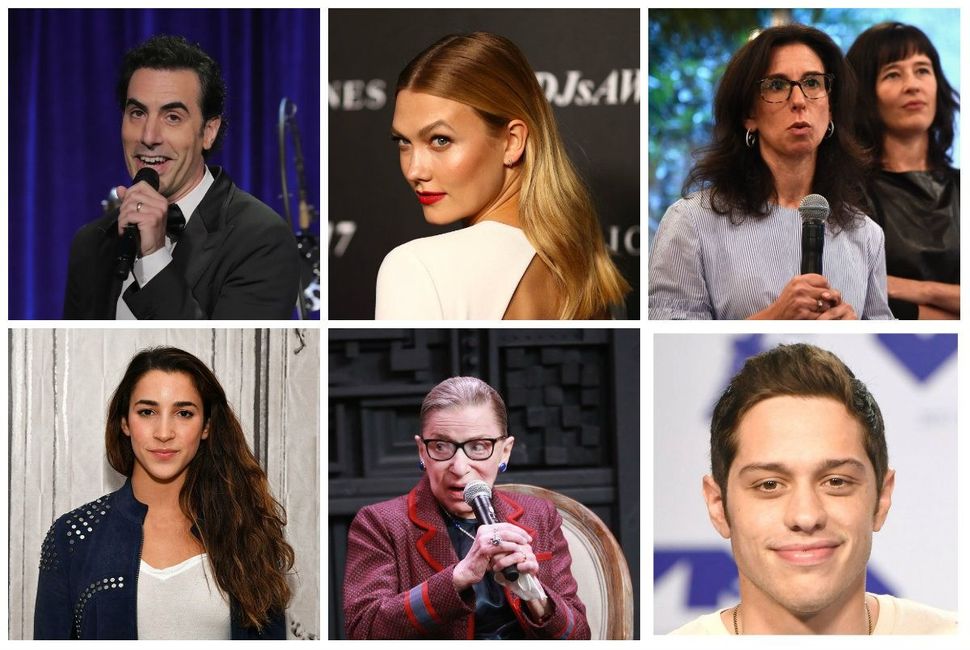 We’re only just past the halfway point of 2018, but the Jewish year 5778 is drawing to a close. And man, oh Manischewitz, it has truly been a whirlwind.

As Rosh Hashanah, the Jewish new year, rapidly approaches, we feel compelled to share some of our favorite moments from the past year. Biblically, Rosh Hashanah is called “Yom Teruah,” or “the day of the blast.” So, let’s go off.

In no particular order… 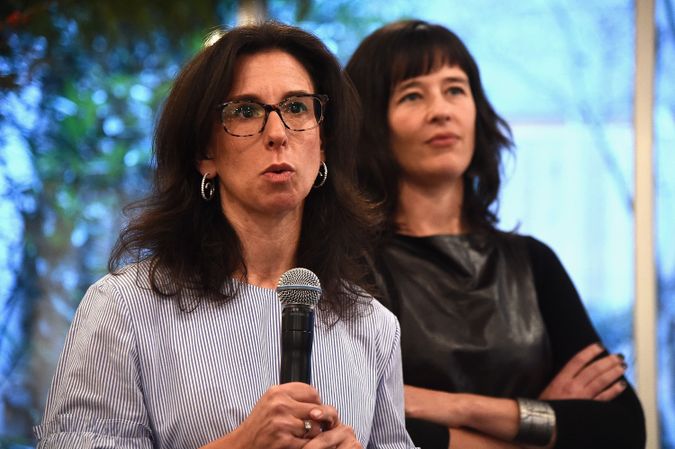 The catalyst for the #MeToo movement — Harvey Weinstein — and the fact that many men accused of sexual misconduct in the international reckoning are Jewish has been immensely painful. But we celebrate that Jodi Kantor, half (alongside Megan Twohey) of the New York Times reporting duo that broke the Weinstein story, is Jewish. Kantor, who went on to share a Pulitzer Prize for that reporting with Twohey and the New Yorker’s Ronan Farrow, said that her Jewish values spur her pursuit of justice through journalism. Kantor wrote that she and Twohey were inspired in their work by their young daughters. Their story will be made into a major movie — we’re gunning for Sarah Silverman and Carrie Brownstein in the lead roles.

2. Sacha Baron Cohen Blessed Us With His Audacity And Stealth 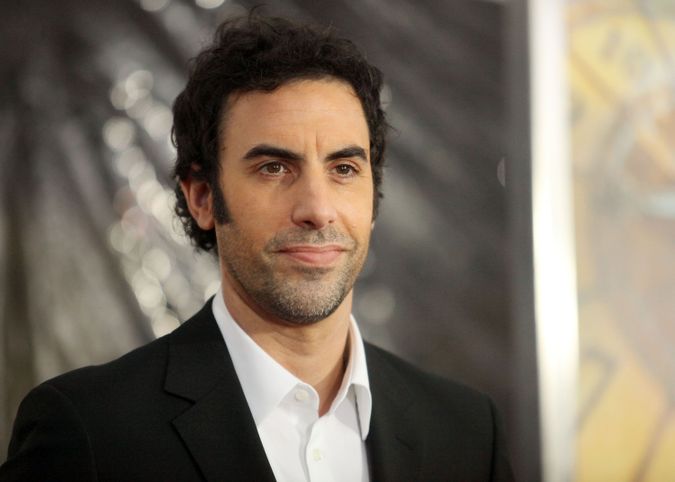 If you read The Forward at all, you know how much we obsess over Sacha Baron Cohen. His tactical brilliance, the way he shamelessly blitzes American public figures in his new Showtime mockumentary show, “Who is America?” and, of course, his Jewishness. Sacha Baron Cohen, keep shaking up our world. Please.

3. Karlie Kloss Converted To Judaism And Is Engaged 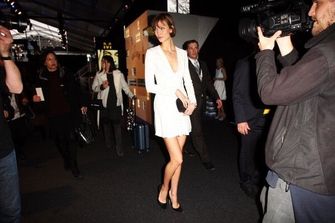 The thought of bumping into the Amazonian supermodel at Yom Kippur services fills us with all kinds of awe, and not necessarily the kind the siddur is talking about. Kloss, a supermodel-turned-coder, was finally engaged to Jewish princeling Joshua Kushner (yes that Kushner) in the early summer after six years of dating. She is rumored to have converted after studying at New York City’s Kehilath Jeshurun, a modern Orthodox synagogue, under Rabbi Haskel Lookstein, which is precisely what her sister-in-law-to-be Ivanka Trump did before her marriage to Jared Kushner. We are eagerly awaiting an opportunity to be a caring Jewish neighbor and deliver some fresh gluten dairy-free sugar-free challah to the model’s door. We are delighted at the notion that such freakishly good looks are joining our humble nation. Karlie, welcome to the tribe.

4. Over 150 Victims of Larry Nassar Confront Him in Court 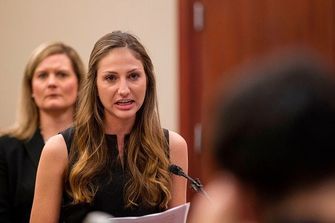 156 women athletes spoke in court about their sexual abuse at the hands of former USA gymnastics doctor (non-Jew) Larry Nasser. Nasser was convicted and sentenced to up to 175 years in prison after pleading guilty to seven charges of criminal sexual misconduct. Aly Raisman, the Jewish Olympic gold medalist, has emerged as one extraordinary leader of this pack of survivors, delivering historic speeches at Nassar’s sentencing, the ESPY awards, and across America on college campuses. She spearheaded the movement to hold US Gymnastics and the US Olympics committee accountable with tireless activism in the face of powerful bureaucracies. With awe-inspiring strength and humility, she has become the face of the movement against sexual abuse. She and her fellow survivors have demonstrated tremendous strength and courage. We are forever inspired, impacted, and hopeful for change. 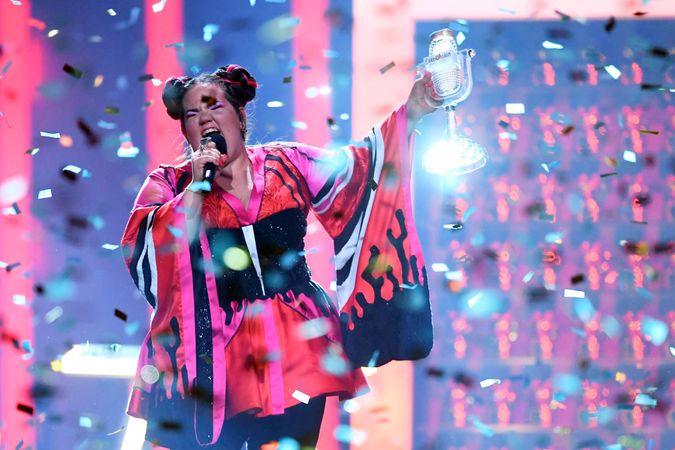 The fabulous Netta Barzilai performed her original song “Toy” at Eurovision this year and brought Israel to victory at the song competition. “Toy” (spoiler: she’s not one) is an ode to the #MeToo movement. It spawned a brilliant Yiddish parody (called “Goy,” naturally) and made Netta an international sensation. Since Israel won the contest this year, it receives the honor of hosting the next Eurovision contest. We’re already booking tickets for Eurovision and are psyched to manically wave Israeli flags while belting our hearts out. 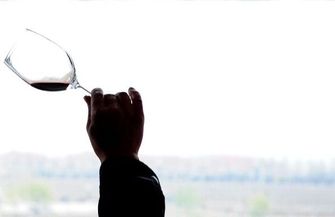 Alcohol is Good for You (in moderation) Image by Getty Images

If you’re looking for an excuse to reach for that glass of wine after a long day at the office or just to justify your Shabbos-pours, scientists have got you covered. A study was recently released by the University of Rochester Medical Center and it showed that alcohol consumption (in moderation, of course) can actually help decrease toxins and inflammation in our brains, which are both linked to diseases like Alzheimer’s and Dementia. L’chaim! 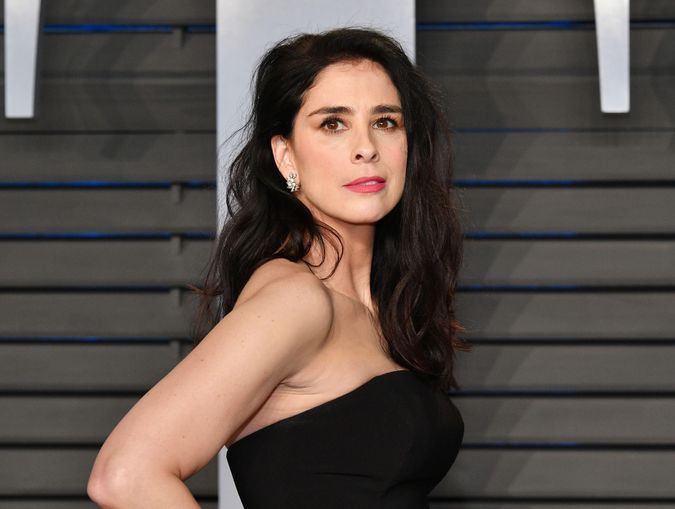 Who’d have thunk the woman who wrote herself a TV show about having sex with God would become the beating heart of the American people? Sarah Silverman, subversive Jewish comedian, experienced a transformation after the 2016 election that came to beautiful fruition in the beginning of 5778. On her Hulu show “I Love You, America,” she trades her intent-to-offend for an intent-to-understand, traveling the country to make meaningful connections with people who live vastly different lives. She says, “While it’s great to connect with like-minded people…it’s crucial, now more than ever, to connect with the un-like-minded.” This has meant both making poop jokes with Trump supporters and confronting her own relationship Louis C.K. when the comedian, a longtime friend and collaborator of Silverman’s, admitted to sexual harassment. On her personal social media she has practiced what she preaches, reaching out to her own trolls and detractors including David Weissman, who wrote movingly in the Forward about the life-altering interaction he had with Silverman. And all this while going through a breakup! Over Shabbos tables, parents are going to be blessing their daughters, “May you be like Ruth and like Sarah Silverman, may you be deserving of praise.” 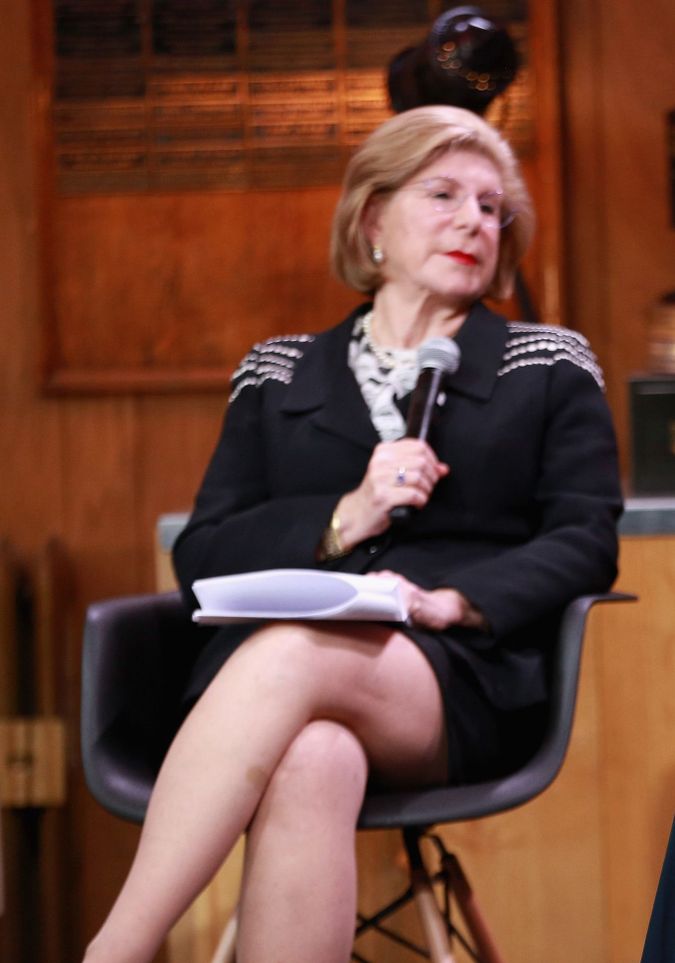 Ruth Bader Ginsburg is 85-years-old and she just had a banner year. The Supreme Court justice was the subject of a documentary and signed off on a major biopic (written by her own grandson) about her life. She was made into an action figure. She accepted a major prize (despite Natalie Portman’s contentious absence.) She worked out with Stephen Colbert. She chatted with our very own Editor in Chief Jane Eisner. And most importantly, she promised us that she’s not going anywhere.

9. Drake’s “In My Feelings” Challenge 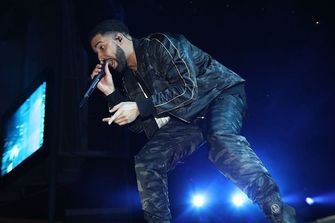 “In My Feelings” Challenge Image by Getty Images

There should be no need to elaborate here — but in case you have dropped your smartphone in a well, we are here to discuss the thumping beat of the tune that has spawned an Internet sensation. Drake’s smash hit single “In My Feelings” has stirred up feelings of international giddiness, with thousands attempting to create their own videos that show them coolly sliding out of moving cars and grooving to the catchy beat and playful words. Drake himself went on to do a quasi-parody of these videos in his official music video for the song. Drake, you got me in my feelings. I mean, this is the man who threw himself a re-bar mitvah and rapped about synagogues. We stan him as much as we can stan without worshipping false idols.

10.Israeli Scientists Developed a Way To Stop Cancer Cells From Growing and Turn Them Non-Cancerous 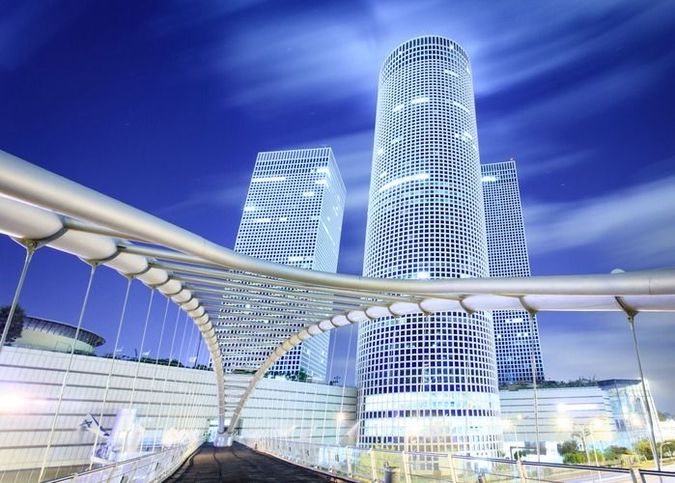 For real. Researchers at Ben-Gurion University of the Negev, led by Professor Varda Shoshan-Barmatz, developed a molecule that, though only in the early stages, could have a tremendous impact on cancer treatment. The scientists believe the therapy might be effective for lung cancer, triple negative breast cancer, and glioblastoma. 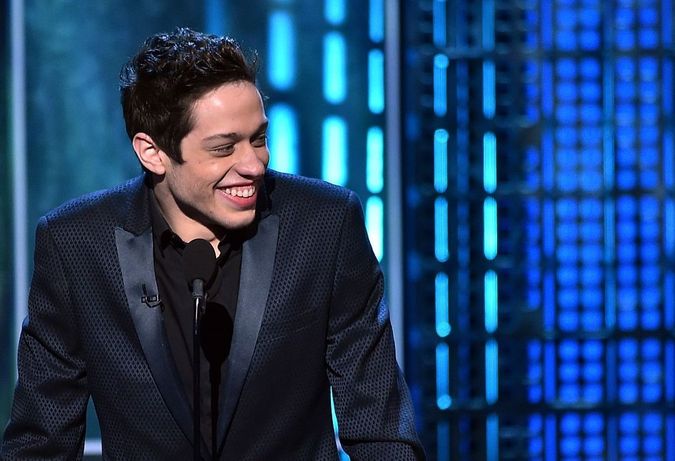 Seeing our favorite celebs find love fills us with such delight. And watching them commit to a lifetime partner after knowing each other for a mere few weeks is unusually gratifying for our jaded, lonely souls. It reminds us that there is good in the world and it instills optimism in a culture that has been soiled with political and social upheaval. Ariana Grande and Pete Davidson, we want to personally thank you for starting the trend that has blazed throughout Hollywood (Justin and Hailey, Priyanka and Nick – we’re referring to you). From Pete exemplifying Good Jewish Boy-hood to the couple echoing Romeo & Juliet, they’ve given us plenty to love (and to gently mock.) We wish them long lives together filled with simcha and bracha!

12.”The Band’s Visit,” A Musical About Jewish-Israelis And Egyptians, Swept The Tony Awards 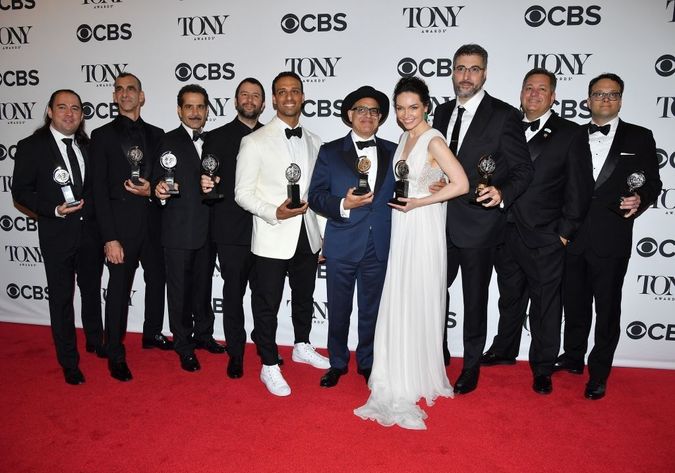 Based on the contemporary-classic Israeli movie by the same name, adapted by Itamar Moses with a score by David Yazkbek, and a cast of Middle Easterners of a diversity of religious and ethnic backgrounds, “The Band’s Visit” was a triumph. It swept the Tony Awards with 10 wins including Best Musical. The lush production continues to play on Broadway, but if New York’s a bit far for you, Jewish-Israeli star Ari’el Stachel’s emotional Tony acceptance speech will give you a taste.

13. “Call Me By Your Name” Gently Shifts The Culture 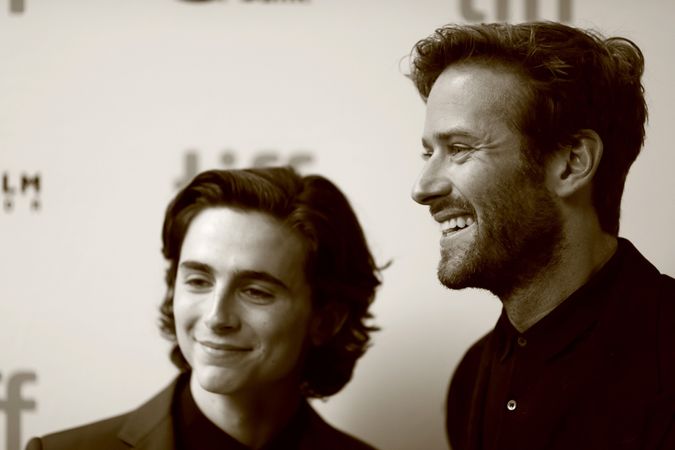 Chalamet and Hammer, all smiles Image by Getty Images

This cultural event deserves recognition for many reasons — in the bleary days of late 5777 we’re used to the fact that “Call Me By Your Name” is a part of our culture, but it’s not every day that a true piece of literature permeates deep into the culture. It’s not every day that a story about queerness makes an impact so deep it’s felt from elite literary niches to pop-culture blogs. It’s not every day that the intersection of Jewishness and queerness is explored on a level that is both complex and relatable. It’s not often that two Jewish actors — Timothee Chalamet and Armie Hammer — are both heralded as sex symbols. Andre Aciman’s brilliant novel was published way back in 5770, but the movie it inspired and the glorious hubbub around it belong firmly to this year. Last on our list, but certainly not least, it behooves us to namedrop two of our new favorite athletes — both to celebrate their successes and to remind you that the stereotype that Jews are bad at sports is unfounded and — dare we say — offensive. Joc Pederson and Alex Bregman were on opposing teams of the World Series and, oh, they just so happen to be Jewish. They each had milestone moments at the World Series this year: Pederson hit a record-breaking number of home runs in the World Series by a Jewish player ever and Bregman helped bring the Astro’s to victory in the World Series game this year. They are now inscribed in the Book of Life for eternity.